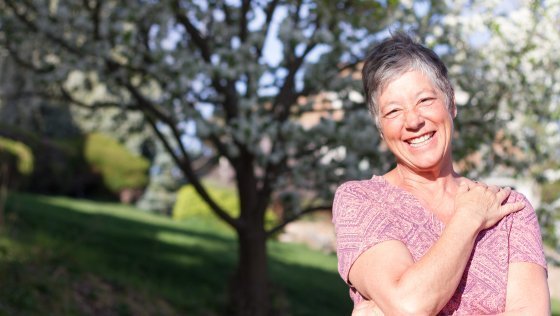 NAMI Invites You to a Musical Celebration of Mental Health

On May 11, local musicians including Meridian Symphony’s Young Artist Anna Black, Cantus Choir’s acappella group “Voiceover,” and jazz fusion trio “Quality Time” will share their talents on the Egyptian Theatre stage to raise money for the National Alliance on Mental Illness’s Boise programs. State Senator Cherie Buckner-Webb will emcee the event. As the Treasure Valley’s leading voice on mental health, NAMI Boise is the first line of support, advocacy, and factual information for many people who otherwise would have nowhere else to turn.

“We know that one in four people deal with mental health issues every year. That amounts to almost 60,000 people in Boise alone,” NAMI Boise’s board president Rick Simon told me when we met in the nonprofit’s Boise office. “Because of the stigma associated with mental illness, many people are afraid to openly discuss their challenges. That is why all of our classes, support groups, and civic presentations are offered at no cost to the participants.”

“I’ve often heard people say ‘NAMI was there for me when I needed it most’,” said Anne Shoup, NAMI-Boise’s executive director. “All of our programs are led by people who have had experience with mental illness in their lives, either by having a diagnosis themselves or by loving someone with a diagnosis. What NAMI offers people when they need it most is support, but more importantly NAMI offers hope.”

Jennie Rylee has been an “In Our Own Voice” presenter with NAMI-Boise for several years. Rylee will share her story at the Egyptian, starting with her first attempted suicide at the age of 16. “I grew up with [an] undiagnosed, untreated bipolar mom,” she told me. “In the 70s, there was no treatment, there was nothing. No attention was paid to mental illness.”

After another 42 years that Rylee describes as “very bewildering,” she was finally diagnosed with bipolar disorder, type 2. “I don’t get the fun kind of mania,” she said, explaining that for her, hypomania meant anger and irritability.

Despite her mental health challenges, Rylee managed to have a successful career, first as a director for the State Emergency Response System, then as the hazardous materials coordinator for the Boise Fire Department, and finally as an environmental educator at the Foothills Learning Center.

But she is proudest of her ability to raise her own children without continuing the cycle of abuse she experienced. “I knew I could not do that to my own two children,” she said. “I somehow found a way to parent them.”

As the years went by, her depressive episodes grew increasingly severe, eventually leading to another suicide attempt. “I wasn’t trying to die, but I was trying to stop the life I was living,” she said.

After the bipolar diagnosis, everything changed. “It took a while to find the right medication,” Rylee said. “But when I found the right one, my world changed. I feel better than I’ve felt since I was a young teen.”

In addition to working with NAMI-Boise, Rylee has also volunteered at the Idaho Suicide Prevention Hotline since its start. When asked how it feels to be able to help others, she says, “I’ve taken all the difficulties in my life and turned them into something positive.”

The Art Behind The Story