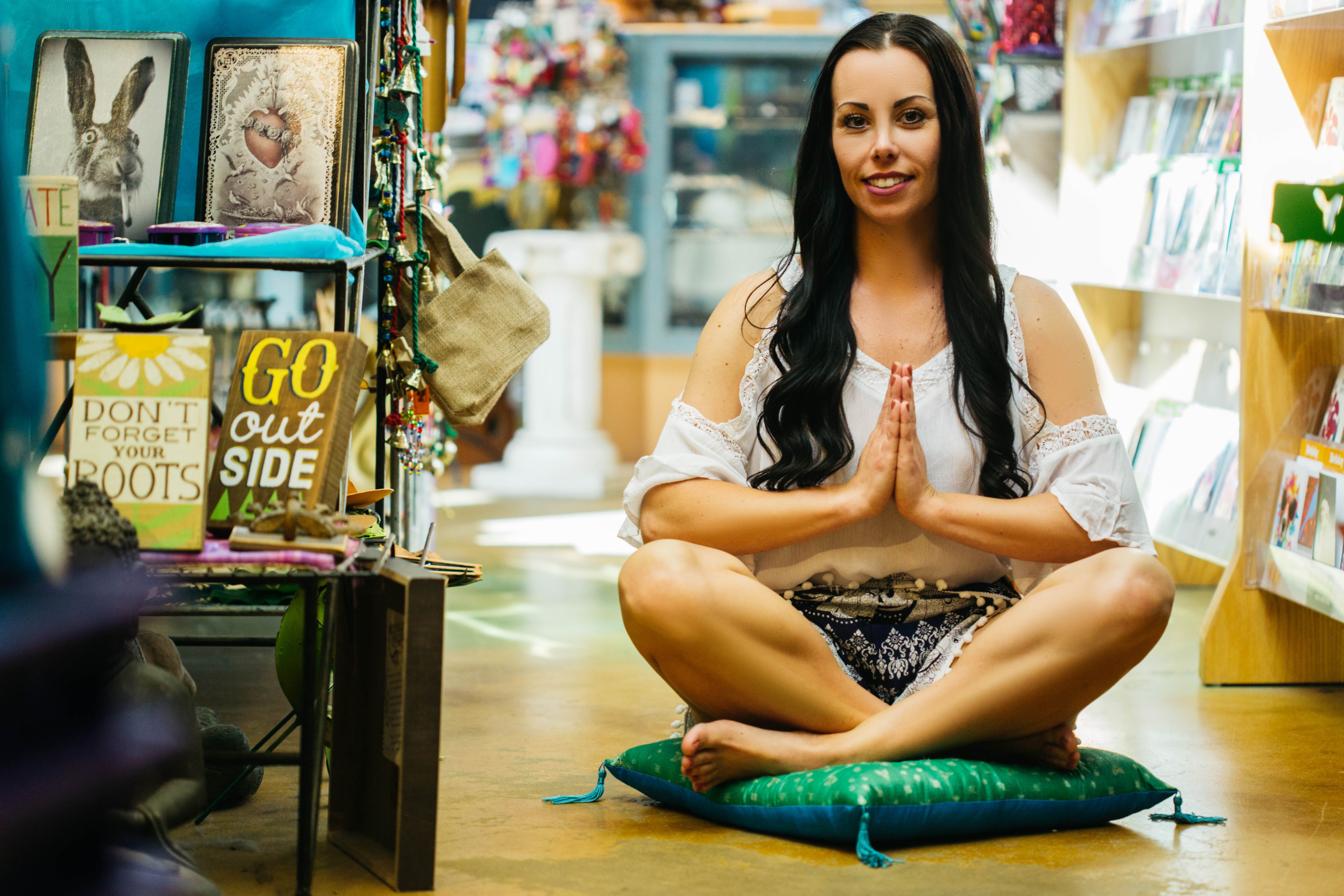 Every day, countless commuters take 16th Street through downtown Boise’s Linen District. But only those in the know take a left at the red stucco building on the corner of
16th and Grove. While other drivers roll past unaware, these lucky few know they’re about to be transported into an exotic realm of gemstones, clothing, jewelry and decor. They’re the ones headed for Eyes of the World Imports.

The store — a sophisticated mix of imported goods and novelty gifts — is one of Idaho’s true hidden gems. This woman-owned-and-operated business rarely goes out of its way to advertise, and has received little media attention over its 23 years in the Treasure Valley. Yet, through simple word of mouth, the shop thrives. According to Mishel
VandenBusch, the travel-loving shop’s owner, sales have risen more than 30% in recent years.

There are two kinds of people who shop at Eyes of the World Imports: devoted regulars who fell in love with it two decades ago when it was nestled beside the Boise Co-op, and adventure-seeking newcomers. Both are drawn to the eclectic, storied merchandise, the genuinely helpful staff and the sheer unexpectedness of it all. The popularity of the store highlights North Boise’s evolving character. The recent closuresof so many chain stores downtown make it abundantly clear that canned style is no longer
fulfilling for many shoppers. They want something unique. They want adventure.

Today the gentle musk of incense greets every customer as they walk through the door. When asked what defines the soothing scent, the staff arequick to say it’s
“simply the sweet smell of time.” (Ask them, you’ll see.) It’s the kind of delightfully nostalgic aromatic that lingers in your clothes, long after you’ve departed Eyes.

By far, the most striking visuals are found within the store’s 95feet of jewelry cases. The jewelry collection is a celebration of the world’s most sought-after semi-precious stones in sterling silver settings. Each ring, pendant and earring set is hand-picked and displayed with a card describing the stone’s metaphysical properties
–moonstone for new beginnings, black tourmaline for protection and so on. The beauty of each piece isn’t just in the glimmer of the gemstone; it’s also the sentiment
behind it.

The store has grown beyond the wildest dreams of that young woman who set offto backpack Southeast Asia and bring a few treasures home. Today it’s
the guilty pleasureof many shoppersin the know,and a cherished pillar in the local community. In 2017 alone, Eyes of the World Imports won three Best of Treasure Valley
awards.

As the big box stores blur into bland, vanilla sameness, small businesses like Eyes of the World Imports continue to flourish. Join
the adventure–take a left at the red building with prayer flags on the roof and tapestries billowing in the wind. You won’t regret it.

The Village at Meridian