Music, it has been said, has the power to change the world; add to it a harmony called kindness and you take it to another level.

Picture this: a 20-year-old guy, playing his guitar on a downtown Boise street corner on a weekend evening, with a passion for his craft that is easily palpable to any passerby. He strums away, not looking for tips, just wanting to share his music and joyful energy with anyone willing to take a moment and listen. That young man is Jackson Leach, and this particular evening would be one he would not soon forget.

Jackson, originally from California but a longtime resident of the Boise area, is a musician and artist to the core. Kind and easy-going with a good head on his shoulders, Jackson has something that most youngsters seem to lack: passion and direction. Speaking with him, it becomes pretty obvious that the arts are an indelible part of who he is and who he wants to become. Speaking about his passions, Jackson says, “With performing arts, there’s a connection between the audience and the performer, and it’s a real unique experience.”

As Jackson navigated chords and scales on that fateful evening, a young man happened to approach to enjoy the music. There was “nothing too extraordinary about him,” Jackson says. After listening for about ten minutes, the young man told Jackson, “I wish I had cash to give you, but I don’t have any cash.” Jackson told him not to worry about that, but the man insisted and offered to give him a check instead. Jackson thought this was a joke at first, but as the man fumbled in his backpack for his checkbook, he knew that the kind stranger was for real. He thanked him for his generosity but told him that a check for a couple dollars really wasn’t necessary, to which the man replied, “Well, how about $10,000?” He thought the young man was joking yet again, but he was indeed handed over check, for the sum of $10,000. Jackson thanked him— albeit with an obvious note of skepticism—they chatted a while longer, and then the kind stranger took his leave. The young musician was pretty awestruck, as anyone would logically be, and proceeded to tell his friends and family of his serendipitous meeting with a very generous stranger. Jackson only got the stranger’s name and not much else. Perhaps a bon vivant looking for something that Jackson happened to provide at that moment, through his music. A moment shared through melody. It seems we will never know.

There is something to be said for good old-fashioned human kindness, decency, and the spirit of giving. And as Jackson tells me about the Treasure Valley, “I feel like it’s a very tight community, and I feel we have a sense of identity and that identity helps us care about each other.” Jackson truly believes there is a distinctive quality to this area, and as he can attest, this sort of thing is perhaps inherently rare, but not so rare in terms of Treasure Valley kindness. The Treasure Valley can speak to a community and unity that in many other parts of the country— especially big cities—simply does not exist, is dwindling, or perhaps was never there to begin with.

Jackson doesn’t have any concrete plans for his generous tip, but says “I would really like to put it back into music since that’s where it came from.” A fitting ending. 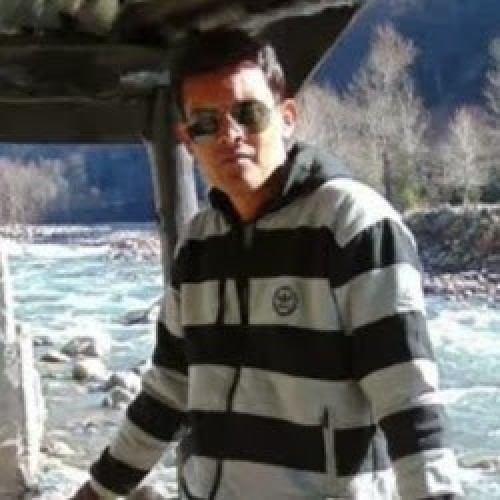 The future of learning has a name, and it’s Librarium VR  By Daniel Londono Photographer: photos courtesy of Librarium Inc. Twenty or thirty years ago, virtual reality...

Picnicking at Camel’s Back Park

Room for Every Family: New Ronald McDonald House Will Serve Three Times As Many