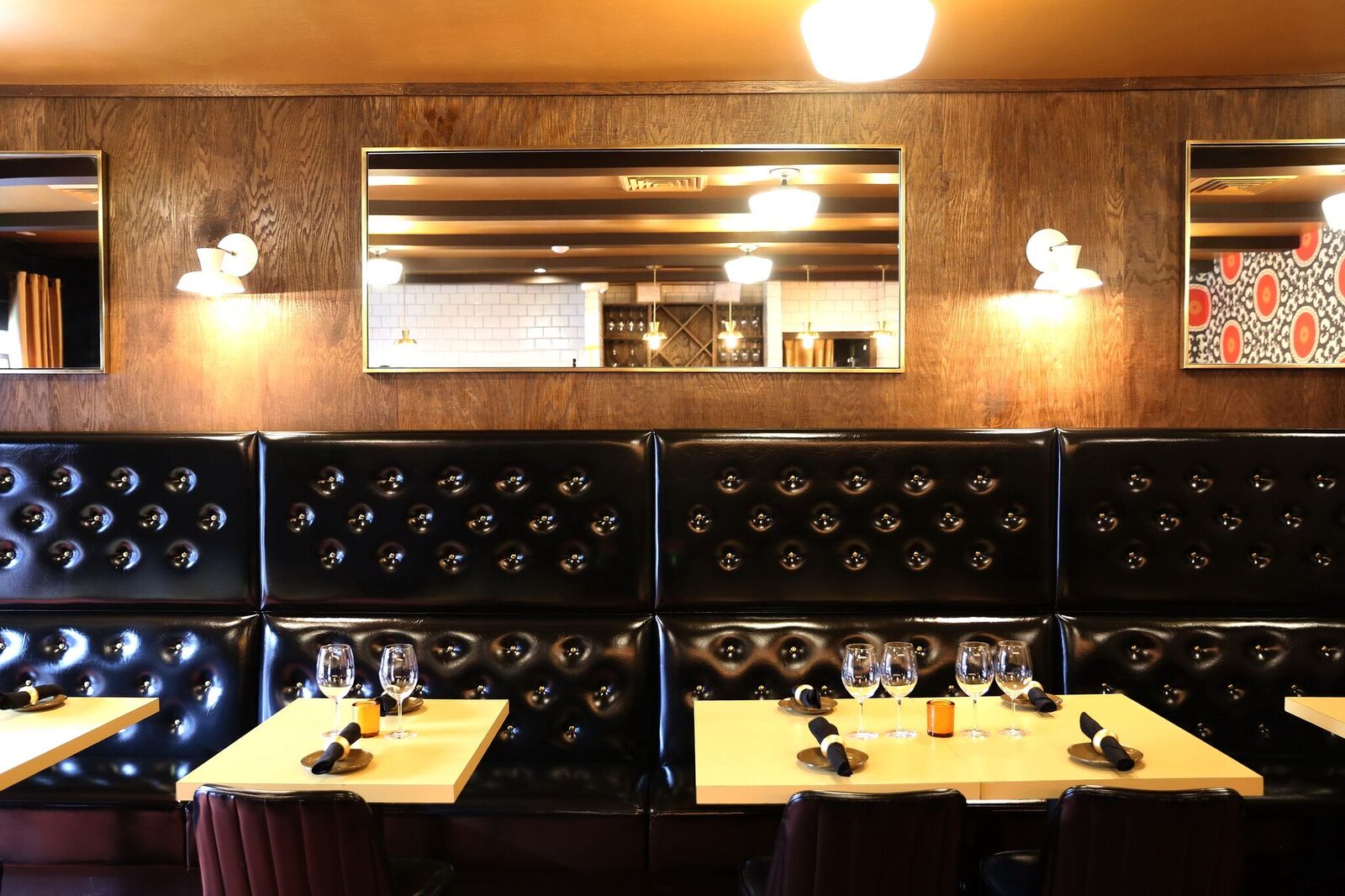 It’s July of 2016. Caitlin and Scott McCoy have just swapped out their cars and North Portland home for a camper van and the promise of greener pastures. After briefly trekking down to California to visit family, the McCoy’s decided to head north to escape the scorching Southwestern heat before making their way to the east coast in search of a new place to call “home.” An overnight stay in a North End Airbnb turned into two years as Caitlin and Scott quickly found the City of Trees to be just the oasis they were seeking.

“As it turns out, a 17-foot camper van with an infant and a dog is not as much fun as you think,” laughed Caitlin. “We made it as far as Boise.”

By August, the McCoy’s had purchased their own Hyde Park home, mere blocks away from the Airbnb that first entranced them. Within a fe

w months, they leased the building formerly occupied by Acquired Again Antiques and began converting it into Camel’s Crossing, a restaurant and wine bar that prides itself on embracing the locavore movement currently sweeping the country.

Front and center of this commitment to local sourcing is chef Christian Phernetton. Although he was born and raised here in the Treasure Valley, Phernetton’s culinary career has taken him all over the country to prominent kitchens, and now, has fittingly called him back home. Utilizing a half acre on his family’s farm in Hammett, he is able to personally source several ingredients directly from his own roots, so to speak.

Still not digging it? What if I told you that many of the greens featured in Phernetton’s delectable

dishes come from right around the corner—seriously. Lettuces, radishes, turnips, beets, herbs and kale are all staples in Caitlin and Scott’s backyard garden at their home a few short blocks away.

“It’s what came out of the ground today, what is looking good this week and how we can use that in the dishes we’re creating,” explained Caitlin.

It should come as no surprise then that the menu is perpetually being tweaked and is reprinted every few weeks as the imaginative Phernetton crafts new delectable dishes to dazzle diners with. In addition to a few mainstays such as the “whole beast cassoulet,” Camel’s Crossing offers a five-course prix fixe dinner based exclusively on the freshest ingredients of the day.

The dynamic locavore menu and retro ambience give a unique feel to this antique-shop-turned-restaurant, one that captivates your soul, and more importantly, your appetite. Still, Caitlin credits something else for her restaurant’s success in the six months it’s been open.

Magic? Maybe not. But it tastes pretty darn good, anyway.

Finding Hope for the New Year