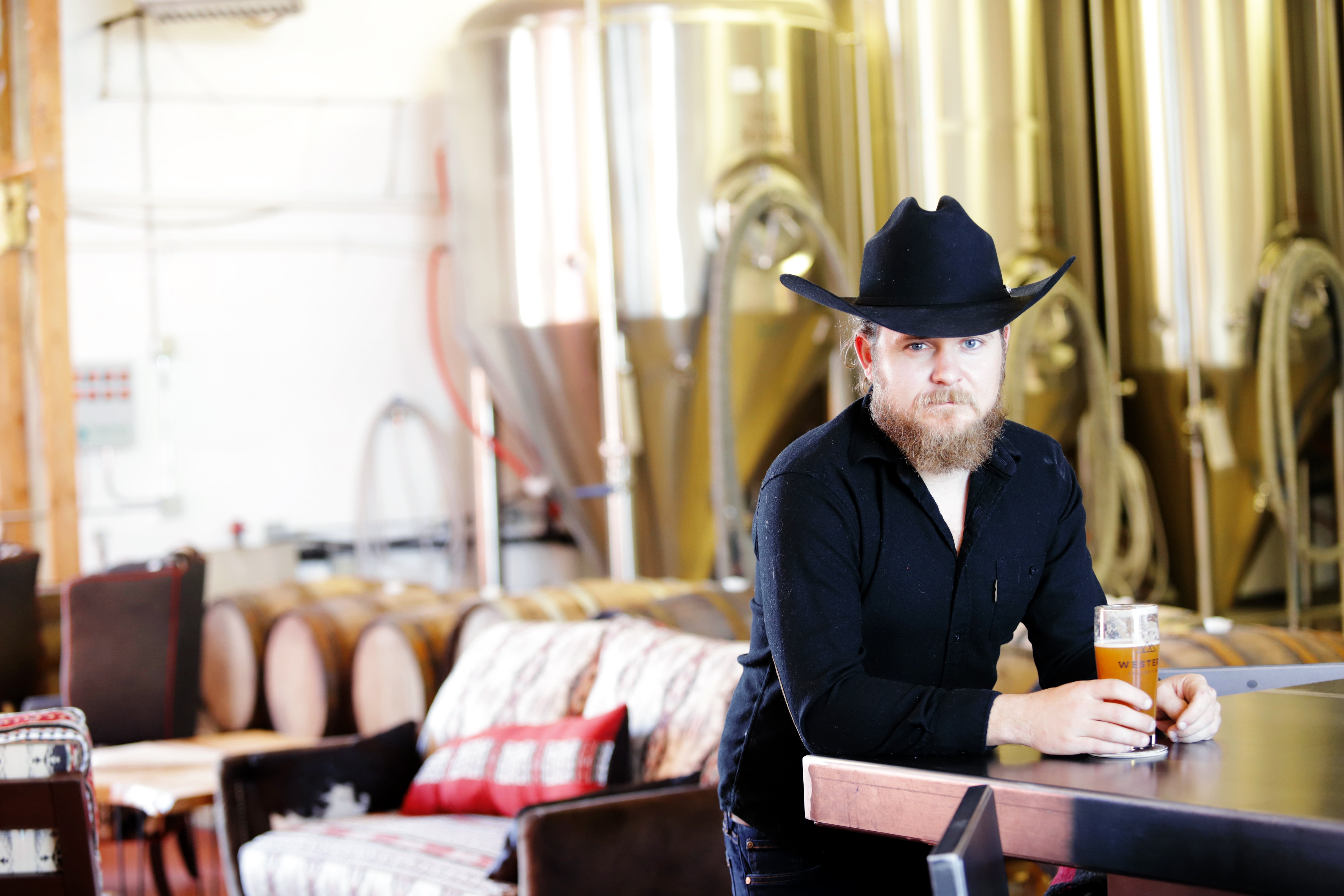 Bringing the Spirit of the West into Beer

Like many early settlers, Cary Prewitt, founder of Western Collective, didn’t expect to end up in Boise, Idaho. The former Texan moved here last July to build a new home for his beer in Boise’s wild brewing frontier.

Prewitt first formed the idea for Western Collective while working in Texas on his American style lager, Guns & Oil. With Guns & Oil, Prewitt created a beer intended to draw people into craft beer. But due to Texas market conditions at the time, Prewitt was unable to bring people into a physical tap room and educate them on the finer elements of beer.

“I always wanted to do something more, and the mission was always to have our own facility,” Prewitt said. While distributing Guns & Oil to seven states (Texas, New Mexico, Montana, Wyoming, Utah, Oklahoma, and Idaho), the idea to have a brewery based on his passion for beer and local community inclusivity became a calling. After looking at the market conditions of each state he distributed to, the Treasure Valley became a natural fit.

In September, Western Collective partnered with Addy, an 11-year-old in Meridian who makes seasonal wildflower honey in her own backyard. “Because wildflower honey changes by the season, we can’t really replicate that beer even if we want to.” But according to Prewitt, this fits in perfectly with Western Collective’s overall vision, “The whole idea is to be constantly changing based on the season and the stories we want to tell right now.”

Throughout Western Collective, Prewitt gives his small 11-person staff a lot of leeway to use their own creativity when making new beer. “One of our brewers, Keith, came up with the idea to make a Chai Brown Ale, so we got all the spices for it and created the chai tea in house,” Prewitt said. Western Collective’s chai brown ale, dubbed “Chaidaho,” is currently their best-seller. Beyond that, Western Collective also has a Hazy IPA called Picabo Juice, inspired by the Idaho alpine skier, Picabo Street.

Western Collective isn’t stopping there either. The brewery plans on adding a mercantile called Western Collective Supply Company and expanding into craft coffee in February. “Ultimately, we want our tap room to be an all-day gathering space, whether that’s for a meeting in the morning, working during the day, or hanging out with friends at night,” says Prewitt.

Western Collective is located at 111 W 33rd St in Garden City and is dog friendly.