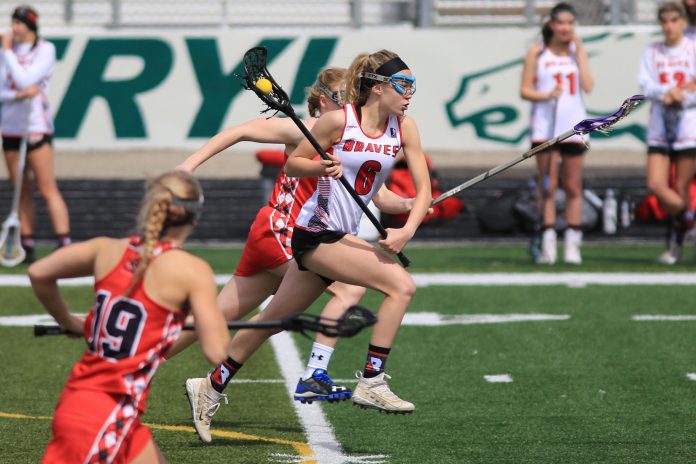 “Back East” Sport of Choice Gaining Popularity in Idaho

Lacrosse, a popular sport on the upper east coast, is rapidly gaining traction in the Treasure Valley. For the last sixteen years, the Treasure Valley Women’s Lacrosse League has been empowering local high school level girls to succeed both on and off the field. Currently, the league consists of 350 players from twelve high schools and is growing every year. But the impact of the game is already showing in the leaders it produces.

You have to be smart to play lacrosse. No matter what position you’re playing, as soon as the ball starts moving – you’re twenty yards down the field and playing a different position. You’re learning to move with your teammate, it’s a great metaphor for life,” says League President Andy Heidelberg. “If you’re a high school girl thinking ‘lacrosse looks too hard, I could never do that’ – my recommendation would be to come out and give it a try. We can get you started throwing and catching in ten minutes.”

As the league has grown, opportunities for the local players has grown as well. Through a great deal of effort from leadership and the players themselves, an increase in the number of local girls competing in national tournaments is increasing. For the first time ever, next year the league will be sending a team comprised of predominately Idaho students to the National High School Tournament. 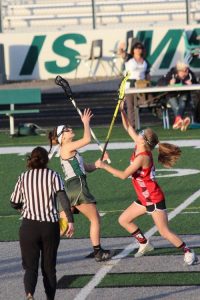 In addition to traveling to larger tournaments out of state, the Treasure Valley Women’s Lacrosse League has hosted the Hot Potato Tournament every year. Every year, an increase in the number of teams traveling to Idaho to play in the tournament shows a growing level of popularity and skill level in the programs offered in our local lacrosse community.

For the players, lacrosse provides an opportunity to play, learn valuable leadership skills, and become part of a team. Many of the students have gone on to play lacrosse at the college level. Some of the league alumni take what they’ve learned, and have brought it back to their local community, like former player and current Boise High School Head Varsity Coach, Michelle Jeffries. 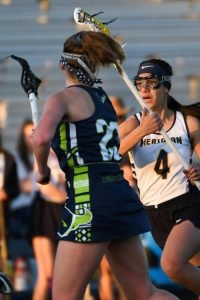 “Lacrosse is an immensely rewarding sport. It is a growing sport with a rich and welcoming community and that I would recommend anyone try out or step into. My former teammates are my lifelong friends and I consider some as close as family. Lacrosse is a lifestyle and I’ve been thankful for it to be part of my life,” Jefferies explained.

Part of the league’s success stems from the involvement of local mentors. Andy noted that the number of former players from “Back East” have been eager to get involved and help develop the next generation of players. Community is a core value for the league, and it shows.

“Having parents and adults step up that didn’t know anything about the sport, but were willing to help out and learn [makes a difference].  Most of us had no idea what was going on out there on the field –  but we saw how much fun the girls were having, what a great culture was getting built, and [we] jumped in to help where we could. I am so glad I was a part of expanding the chances for young women,” noted Kristy Sligar, former Centennial High School Girls Lacrosse Coach, and current NCAA Women’s Youth Lacrosse Officiate.

For more information about the Treasure Valley Women’s Lacrosse League, or to check out a future game, visit www.tvwll.org

A Stroll, a Sleigh, and a Trebuchet

Indonesian islands at your fingertips