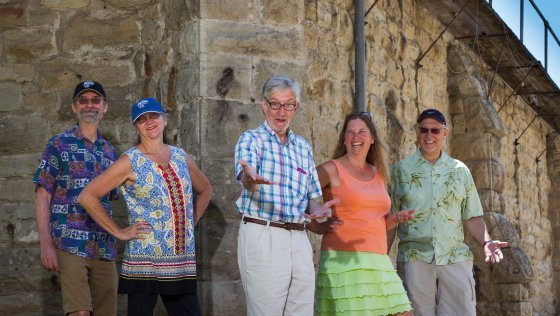 If you ever wanted to be part of something that was on the brink of going big, now is your chance. On Sunday, July 17th, the Boise Blues Festival will be hoping this is the date they look back on and remember as the one where they broke through to the next level.

“We are hoping this will be the year that puts us on the map, steps it up a level, brings bigger crowds—you name it,” said Ken Harris, president of the Boise Blues Society, the organization putting on the festival.

And they do expect big crowds this year as they bring in international Blues star, Anna Popovic as their headliner. Popovic is billed as a “hard touring guitar slinger” who has become a force in the world of contemporary blues music.

The undercard will be rounded out with Nashville blues and soul group; Andy T-Nick Nixon band, local favorite Smooth Avenue Band and the Boise Blues Society Scholars and Friends (students who have been mentored and are now ready to hit the stage).

“These are kid musicians who come to our jam sessions; we give them scholarships. They are the future of the Blues,” said Harris.

It started off at Barber Park, but they outgrew that venue and moved to Ann Morrison Park. When those quarters became too tight they scooted over to Julia Davis Park. “We sorta outgrew it last year. We had the best attendance ever; we broke close to two thousand people,” said Harris.

This year the festival will still be outdoors but at the Idaho Botanical Gardens. And for the first time ever, there will be a small admission charge: $15 in advance, $20 at the gate. “At the parks, we could never charge admission. This year, by charging, it allows us to bring in bigger names and take it to a better level,” said Harris.

Last year, admission was a couple of cans of food to be donated to the Idaho Food Bank, which added up to 18 barrels of canned goods. The Boise Blues Society still wants to partner with the Idaho Food Bank so this year they’ll now donate a portion of the proceeds to the charity.

Ken Harris is like a kid on the first day of Kindergarten when it comes to talking about the Blues Festival. He’s been involved with the organization since a year or two after inception. “I fell in love with jazzy bluesy music in second grade,” said Harris. He grew up in a musical family and started his own band in 1965 while still a student at Boise High School. “We had a gig every Saturday night. We played for teens at the Highland Bomb Shelter near the Crane Creek Golf Course. Back then nuclear war was bothering everyone and the shelter was sitting around so we put it to use,” said Harris.

His band back then? The Hangmen. He started a new one in 1993, the Hoochie Coochie Men and they are still playing to this day.

It is clear his passion for the Blues has not faded. That is why he is so excited to see the Boise Blues Festival get bigger and better. “Anna Popovic is by far the most famous and the biggest blues star we’ve ever had,” said Harris. When she played Boise last year, she played to a sold-out crowd. Harris is betting she’ll draw an even bigger crowd this year.