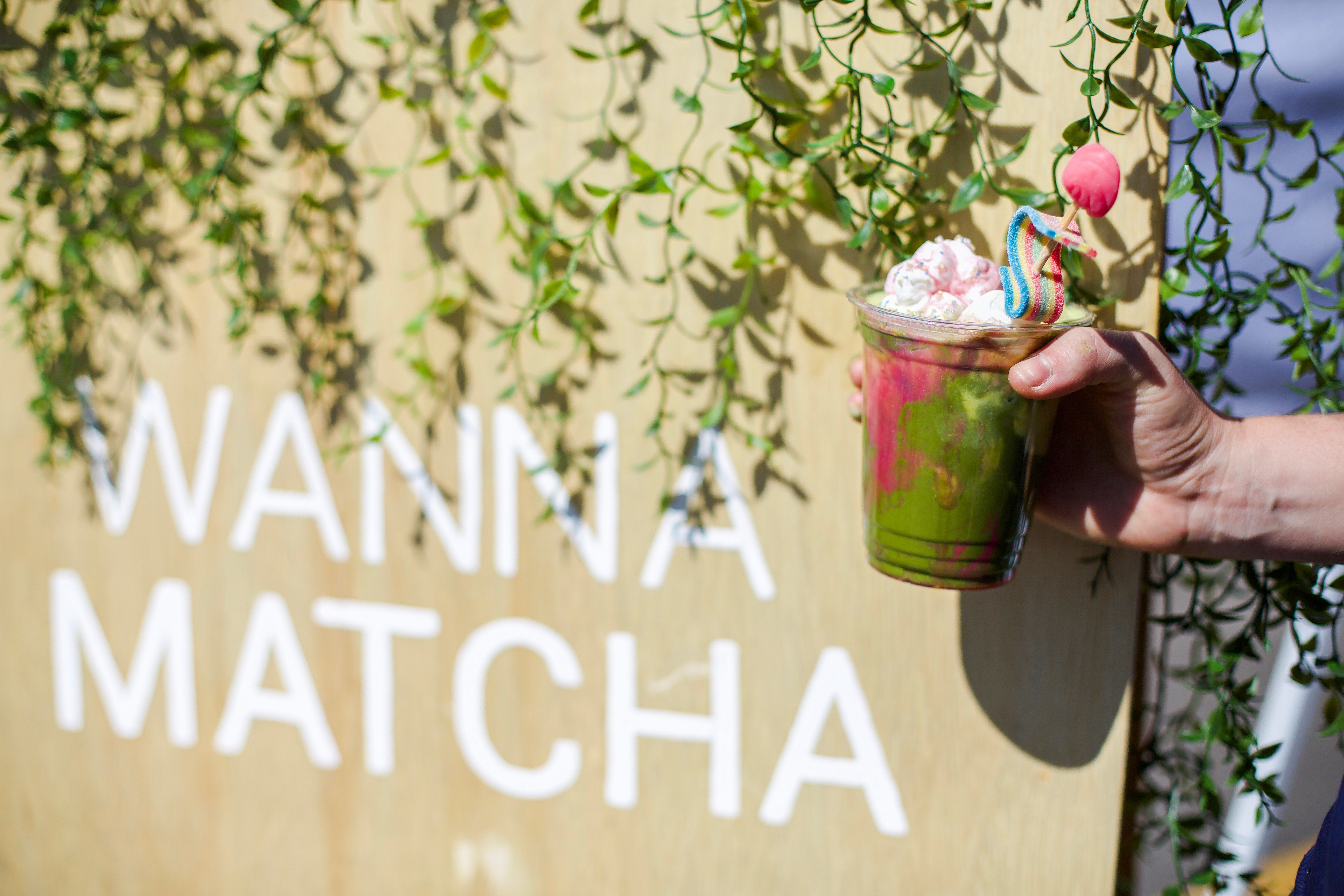 It all started with an accidental two-month honeymoon. Ashley and Austin Townend, the founders of Wanna Matcha, traveled out of the country to celebrate their wedding for a month, but wound up staying for two.

“It was originally going to be a month in Europe, but we messed up our return date” Ashley explained. “It was the best mistake.” While there she found something that would turn into her lasting passion. “We discovered matcha while we were in England. We spent two weeks in Brighton, and went into a tea shop, and there it was,” Ashley said.

The small shop was giving samples of matcha, the powdered green tea they tried for their very first time, and fell in love, again. Ashley became a matcha fan, with no thought of it becoming a career.

After their extended honeymoon, the couple returned to Boise, where Ashley knew something had changed. “I was home and getting low-key obsessed with this,” she explained, “I knew we had to do something!” The idea for a matcha bar began forming.

“We didn’t know if a matcha bar was going to work. We knew we had to start at the Farmers Market,” she recalled. They began playing around with different ingredients. After researching and learning the science behind the tea, Ashley decided to create one-of-a-kind healthy recipes.

“We discovered it all while we were doing it.” Once they simplified two pages of possible recipes for their stand into fiv drinks, they were ready to start selling.

Next up was a creative name for the matcha bar. “There’s a great company called Cha-Cha Matcha, and that was my first idea.” Ashley said. “I did a lot of brainstorming of what would be fun. I was just sitting on my couch muttering to myself, ‘Cha cha matcha, wanna matcha… I wanna matcha you wanna matcha.’ It reminded me of the old ‘I scream, you scream, we all scream for ice cream!’ saying.”

After finalizing the name, Ashley and Austin began the long waiting process for their stand’s approval from the Boise Farmers

Market. During the wait, they began planning how to introduce this new concept to Boise. Wanna Matcha was officially included in the Boise Farmers Market for 2017.

Opened on April 1st during the first day of the Boise Farmers Market, Wanna Matcha has remained a Boise hit. “We stay busy!” Ashley exclaimed.

Trial and error was key when trying out different recipes. “When creating drinks to put on our menu, we think ‘This is good, let’s try it out!’” she shared. “We want our menu to change a lot, but for starting out, we’re keeping it the same for a while until we understand the seasons of the farmers. Next year, we’re preparing to change it every month.”

Wanna Matcha uses all locally sourced ingredients in their 10 matcha mocktails, and incorporates crops from Boise farmers such as beets, basil and tumeric, which is mixed on site into the drinks. Customers can find something sweet, like the unicorn drink made with ingredients such as turmeric coconut milk and beet simple syrup, or something spicy like the ‘Some Like It Hot,’ which includes jalapeno and mint.

Ashley is the designated matcha maker. “It’s kind of my baby,” she said. “Austin’s naturally good with people. Also, I’d forget to give people a punch card or something,” she laughed.

In the future, Wanna Matcha may become a year-round drinks resource for Boise.  “Our goal is to open a spot somewhere,” she opined. “We’re not just sitting on that idea, we are constantly working on it. As soon as it can happen, it will. We’re considering a delivery service as well, since the coffee world is starting to deliver coffee,” she added.