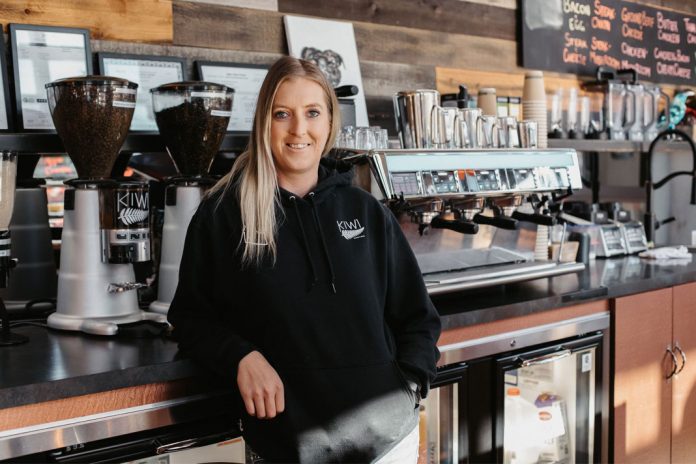 After selling their iron roofing business in New Zealand, Chris and Katie Munro saw an opportunity. They had traveled to Boise multiple times over the years, visiting from across the ocean to compete in boat races. They loved Boise–the people, the mountains, the culture–but could they really come all the way across the world to Boise, Idaho to open a restaurant? “We just thought: Let’s do it,” said Katie.

Getting to that point, however, took some effort.

“When we first got here, we spent months going around trying to source ingredients that worked,” said Chris. “We brought a baker over from New Zealand that had been baking for 54 years. He retired at 70 to come help us. He tried making all of his recipes, but on the first day he said if there was a plane going back to New Zealand, he was on it.”

“The ingredients were so full of sugar that he couldn’t get it to do what he needed it to do,” explained Katie.

In addition to the food, customers looking for a caffeine jolt can try a long black, a style of coffee commonly found in Australia and New Zealand where a double-shot of espresso is poured over hot water. Customers seeking something more relaxing can sample one of the various New Zealand beers on tap.

Kiwi Shake and Bake also acts as a local meeting place, with trivia competitions on Monday and Thursday evenings. Boasting sky high, modern walls and spacious indoor as well as outdoor seating areas, Kiwi Shake and Bake is the perfect location to meet with friends while remaining socially distant.

For some of their customers, visiting Kiwi Shake and Bake is about exploration.

“Everybody is so open to trying new things here,” said Katie. “They’re not scared to try something new, if it’s a new cuisine or a new culture of food.”

For Chris and Katie, Idaho reminds them of home. “A lot of similarities in Idaho. We’ve got lots of mountains, skiing, and mountains biking. Lots of year-round activities,” said Chris. “That’s part of the reason we like it here. It’s a close to New Zealand as we’ve seen over here.”

Customers have been steadily coming back, but like most independent restaurants, Kiwi Shake and Bake was hit hard by the Covid-19 crisis. The parking lot behind the restaurant that used to be filled with downtown workers has been mostly open. Another major barrier they faced was difficulty receiving government support.

“The financial assistance has been lackluster. Everything seems to be snapped up by companies that really don’t need it, or that aren’t impacted. They seem to be getting the financial support, while small businesses get left out. We’re not citizens so we get overlooked on most things.”

Chris and Katie were the very first New Zealanders to receive E-2 visas, a classification of visa given to nationals from “Treaty Countries” that invest capital into a U.S. business. Even with the economic hit of the crisis and a lack of governmental help due to their nationality, Chris and Katie have remained positive.

“I think we got to evolve with the situation. It’s slowly getting better,” said Chris.

“If we can get through it, we’ll be so much better for it,” added Katie.

Zip into Summer with Veronica Scooters