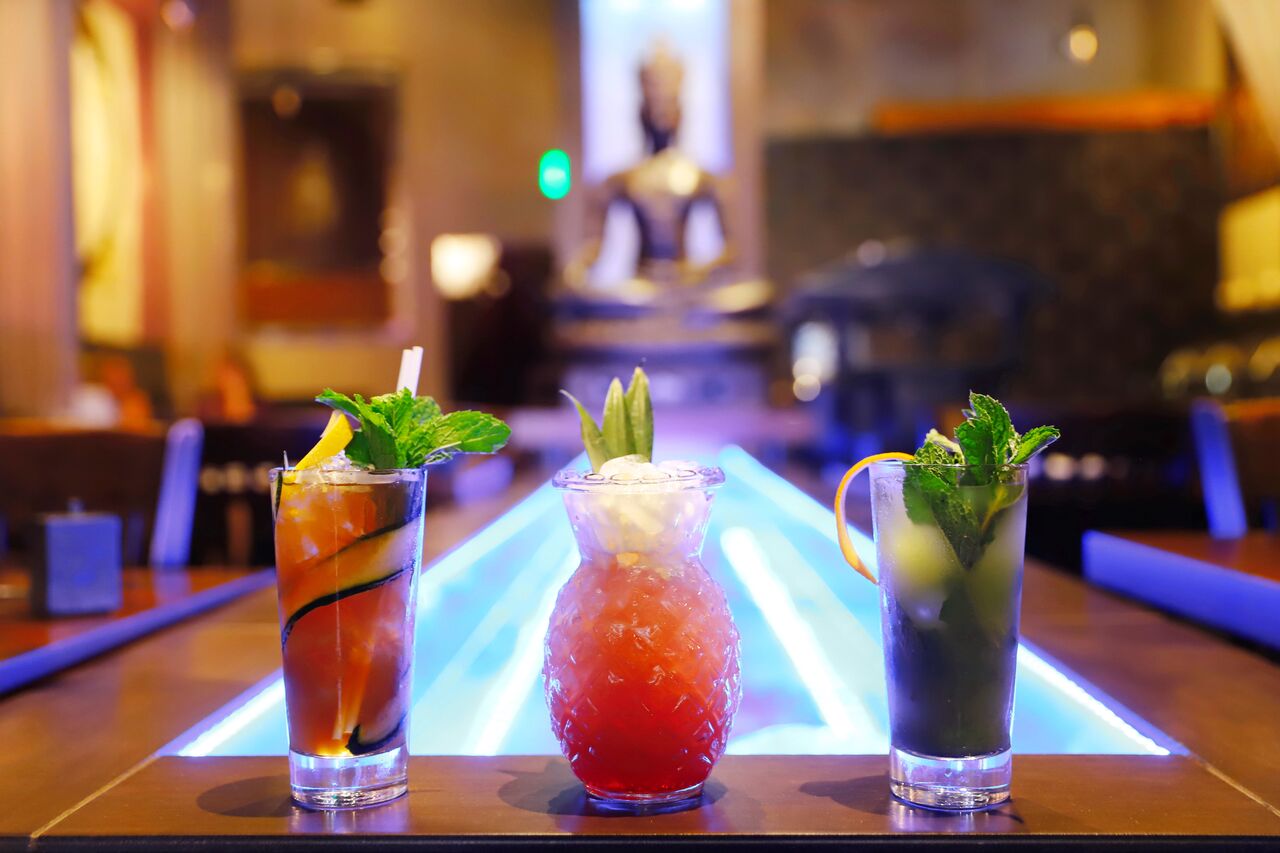 Bringing Bangkok to Boise since 2004

From the moment you step foot into Mai Thai, you can tell that it’s rich in culture; the smell of the food and the sleek-yet-traditional design draws you in. It’s evident that the place has a story to tell. Carved, wooden feathers sway back and forth and the bar is teeming with people. Even from the outside, the allure of the mood lighting, classic Asian architecture and details will peak your interest. The bartender is flipping bottles around impressively, in such a manner that makes it impossible not to watch. You feel as if you’ve entered a new world, and in a way, you have: the world of Billy Pothikamjorn.

Mai Thai sprouted from one man’s passion to serve food and to serve others. In the same way that you’d treat a house guest, Billy Pothikamjorn desired to create an environment as close to Bangkok, his childhood home, as possible. While Billy initially hoped to give Boise the same food his grandmother and mother made for him as a child, the city didn’t quite have a palate that was ready for such exotic food. Boise in 2004 was not as diverse as it is today. Although many Idahoans tend to criticize the influx of Californians, Pothikamjorn explained to me that as more people moved from Portland and California, his business increased, too. I suppose Idaho needed a bit of a push from the rest of the PNW to have the culture and zest it does today. Not only does Mai Thai dish up incredible, authentic Thai cuisine to the Treasure Valley, but it also gives back to the people who live there. The restaurant feeds Boise’s homeless community six times per week and frequently donates to the Women and Children’s Alliance. Billy truly has a heart for the city of Boise and those who are marginalized. He had compassion in his eyes as he told me: “we want to give back to them also.”

The quality of the food and drinks presented at Mai Thai is difficult to rival; the standards are high and the bartenders even attend monthly classes to ensure that their skills stay top-notch. Not only do they have a remarkable selection on their menu, but there is also the option of ordering online or delivery. Many say that the food tastes exactly like it does in Thailand, which was truly the vision for the restaurant in the first place. Though Boise is lucky to have Mai Thai, perhaps Portland will be so fortunate soon, as Pothikamjorn aspires to open shop in there in the next four to five years, and bless Oregonians with the same authenticity and pizzazz that the Boise location offers. In addition to the regular serving hours, the restaurant also hosts bartending classes once a month and likely will start hosting cooking classes soon; there is never a dull moment!

All in all, Mai Thai brings a fresh new twist to downtown dining in a way that you can’t understand until you’ve tasted it. With the most qualified chefs and mixologists combined with the vast selection of delectable dishes, it’ll be hard for you to believe you’re not in Bangkok.

This November, Mai Thai will be celebrating their 15 year anniversary! Stay tuned to their social media for updates on events and specials! Follow @MaiThaiBoise on Twitter/Instagram/Facebook, visit their website www.maithaigroup.com, or stop in to the restaurant at 750 W. Idaho Street.