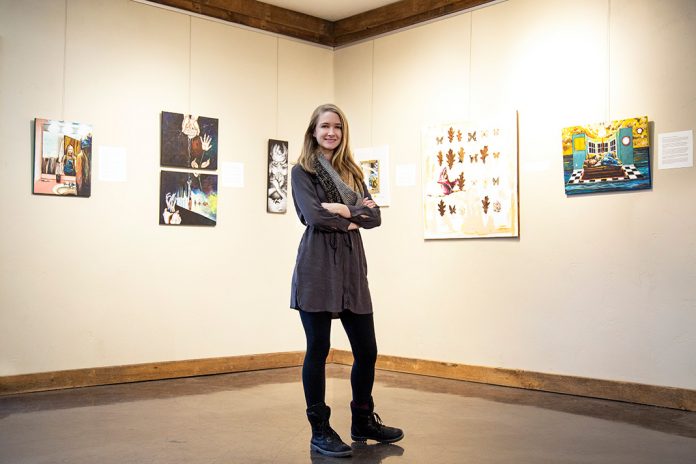 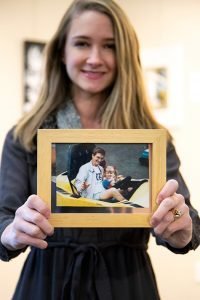 Danica Thurber experienced what most 12-year-olds will never have to- the passing of a parent. It was October 20, 2003 when her father passed away, leaving her mother to be the primary caretaker of the household that included her, her little sister and brother. A year later, another tragic event happened as her grandmother was diagnosed with cancer, later passing away the following year.

Thurber found herself struggling with grief and depression as a young teenager, and began processing those feelings through art. Thurber grew up artistic as both of her parents were creative, and found that with no one to talk to, art was her primary outlet. She became obsessed with capturing memories of her father and copying those photos realistically.

“I think I was afraid to lose the memories, and copying photos realistically was a concrete way to express myself,” Thurber wrote.

When she began to attend college at Washington State University, she found all feelings of grief quickly catch up to her. She began intense counseling, and found her paintings being more “dark and desperate, but also honest.”

Later in college, she became a peer mentor and found herself in a group of friends who had lost one of both of their parents. She began mentoring the younger women in the group, and when emotions welled up, she would bring out paper and crayons and encourage them to draw with her. Afterwards, they’d discuss what they drew while she would ask about the meaning behind their drawings.

“I found that in the simple process of creating, and then talking about what they made, the younger student unknowingly exposed their struggles, or guided themselves to their own small breakthrough,” Thurber wrote.

She began to study how artists in different cultures use art to express grief. She focused on this concept during her undergraduate senior thesis, where she compiled her artwork and lined up everything she could on the walls of a gallery. She found that she could see where she was hiding or editing her grief and where she was dealing with it.

Through the encouragement of her husband and brother, she took the knowledge and skill she had, and Project Grief was born. Project Grief is an online school that launched in spring 2018 that teaches art as a tool for grief recovery. The master course, which has 10 lessons, lead students from being a grief victim to becoming a grief artist. Project Grief is suitable even if you have no art background, as Thurber said ““Grief art” is its own genre – it’s all about the process that the artist goes through.”

New this year is “Holidays After Loss: Art to Help You Thrive” which will help students explore different healthy coping skills for the holiday season.

“My goal with Project Grief is to offer the guidance and community that I wish I had when I went through loss. Art is an amazing tool for helping grievers cope with the things of life that can’t be put into words,” she wrote.

Thurber also hosts workshops and has a goal to teach more art projects in the Treasure Valley. The next Project Grief workshop is Holidays After Loss, a two-part art workshop focusing on dealing with loss during the holidays. The workshop is November 3rd and 10th and will be hosted at VineArts Studio. Visit Eventbrite.com for tickets.

Solving the Mystery behind JUMP!