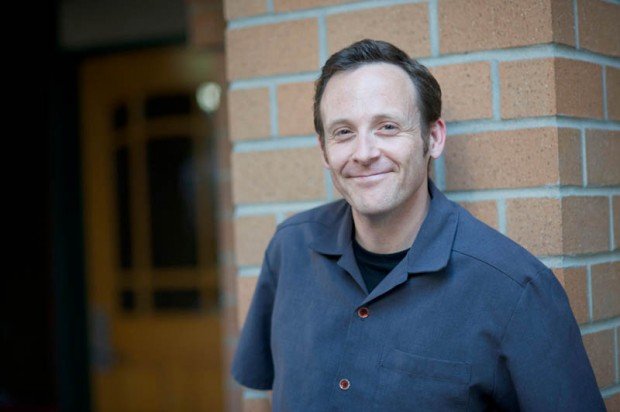 With open mic Wednesdays and touring comics, Liquid Laughs is the epicenter of Boise’s standup comedy scene. Humor seekers hitting BoDo’s Liquid on any given night that want to LOL are likely to find just what they’re looking for.

“I don’t know anyone that leaves disappointed,” says Dylan Haas, Boise engineer by day and comedian by night, who regularly finds himself invited into the Liquid spotlight.

No stranger to the stage, the youthful-looking, former theater arts turned physics major frequently wears a mirth-filled expression while talking candidly about being a stand-up comic, especially when referring to the first attempt.

Not to worry, since helpful souls pitch in plenty of pointers, such as, ‘That part right there…it stinks.” Anyone wanting to make headway in the stand-up world processes that, and either improves… or doesn’t.

“You’ve got to accept where you weren’t okay,” says Haas, “And you’ve also got to know where to cut that off.”

Asked if he could tell if a person’s funny at first glance, Haas replied, “Yeah. You can read it. The same way you can tell if you like someone. It’s how they carry themselves, how they talk. Even if they’re not funny at the moment, you can see it.”

“There are a lot of funny people in Boise,” Haas continues, “More than you’d think.”

Are there many more comedians like Haas hidden amongst the engineer/dentist/ accountant crowd? Haas stopped the thought in its tracks. “Nah…there’s not that many. A ton of them think they’re funny,” he laughs, wearing a reflective look, “But they’re not.”

This full-time single dad of three, comedian, one-time host of Story Story Night and popular Boise emcee-about town then offered the ultimate qualifier: “My kids think I’m hilarious,” although his thirteen year old isn’t quite as amused these days, something (Haas smirks) she’ll probably grow out of.

Describing his style as ‘a stuffed shirt older guy’, there’s a particular audience he ‘really kills it’ with… middle aged women out for a night on the town. As a fitness instructor at both the downtown YMCA and Axiom, they, Haas says, “are his people.”

“—and my age group!” he adds, “With that crowd I have the advantage over
23-year-olds who’ve got nothing but pot jokes.”

There’s no telling when fresh material will surface, so a notepad is kept close for jotting down ideas. “…which usually come when doing dishes, or taking a shower – that’s a tough one,” says Haas, “Many in the stand-up scene do that. Most of what
I write down is crap, but somewhere in there will be a nugget.”

When asked to display a sample of his craft, Haas calmly explains, “It’s not like a dancer where I can just show you my moves. And of course,” he added wryly, “now I’m drawing a blank…”

Predictably, he got the laugh, anyway.

ABOUT US
Greenbelt Magazine aims to keep you informed about what’s happening in this great community of Boise, Idaho. Feature articles include interviews with local residents and business owners, culture, gourmet foods, recreation, real estate and local events. Readers will be consistently entertained, educated, and enlightened by each issue.
Contact us: tia@greenbeltmagazine.com
FOLLOW US
© 2020 Greenbelt Magazine. Website by Senze Digicraft