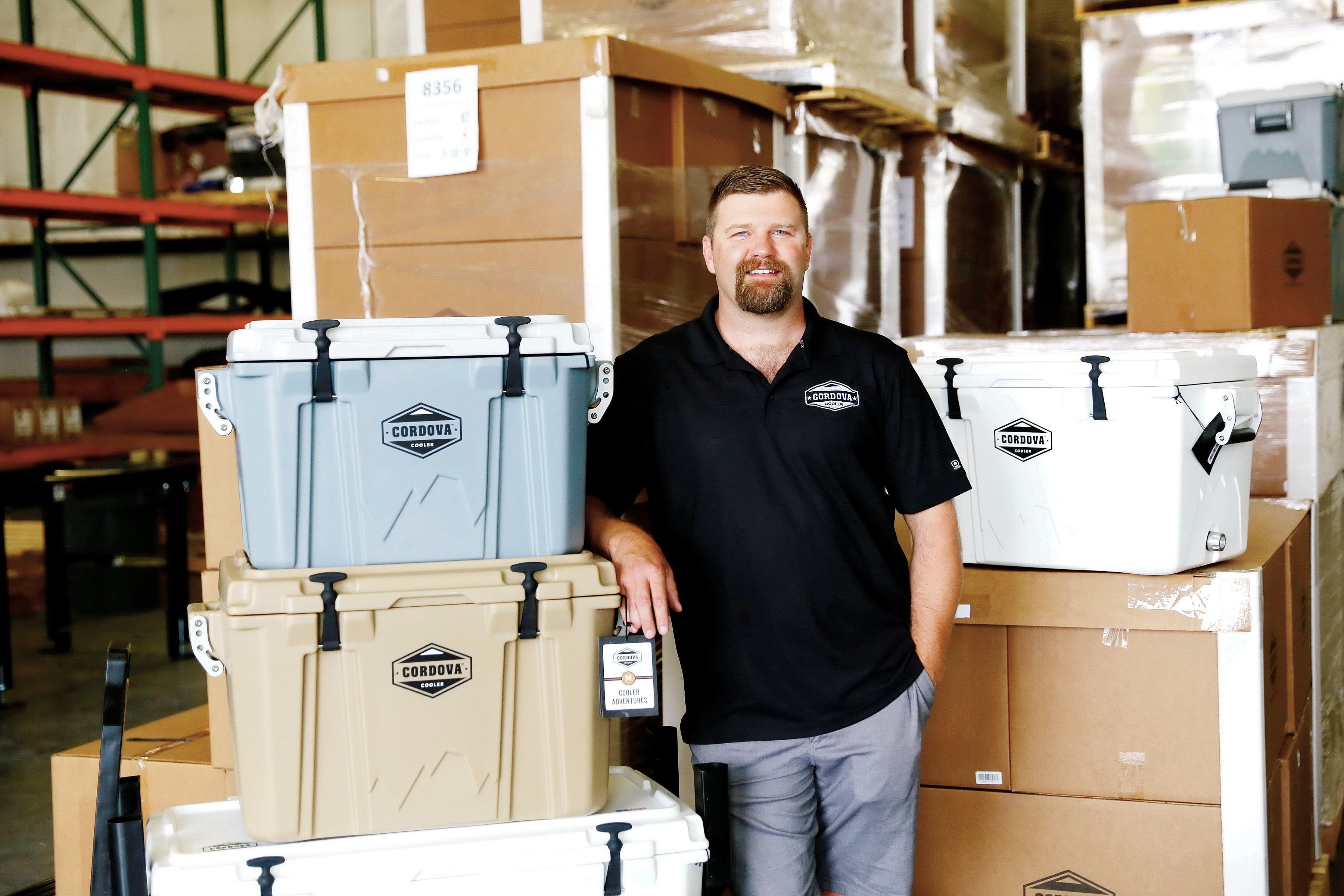 Ever wonder what the difference is between designing coolers and battling 40-foot seas, gale-force winds and salty crewman? Probably not as much as you might think, if you ask Scott Campbell Jr., retired crab captain and TV’s Deadliest Catch star.

Born and raised in Kodiak, Alaska, Campbell grew up in a fishing family and eventually captained his own boat at age 26. After a highly successful 20-year fishing career, Campbell was forced into an early retirement following complications from a back injury. For a man accustomed to working 20-hour days in one of the least-forgiving environments in the world, slowing down wasn’t an option.

“After I retired from fishing I was set up in life to where I didn’t have to work again and I was living a comfortable life, but the problem was that I got bored after about two months,” chuckled Campbell.

For a time, the retired captain felt hopeless as he searched aimlessly to fill the void of his fishing passion, abruptly gone like cut bait. Then lightning struck. It happened one day while driving his prized MasterCraft boat on the lake with a couple buddies and a few not-so-cold-ones. It was his Eureka moment.

After tossing a few beers to his buddies from the built-in bench storage cooler, Campbell was disappointed when the beers were promptly rejected for being too hot after just four hours on the lake. Fortunately, all was not lost. One of Campbell’s buddies had a Yeti cooler on shore, but the remainder of the day was spent with the cumbersome Yeti on deck, ultimately in the way.

“My buddies were razzing me and said well why don’t you go build a better cooler,” reflected Campbell, “so I said, ‘By God, I will.’”

The week following the cooler calamity was spent making phone calls and laying the groundwork for the former captain’s latest catch—Cordova Coolers, manufactured in nearby Nampa. Like a greenhorn on a crab boat, Campbell had no idea what he was in for.

“There’s so many unknowns, it’s like going out in the Bering sea,” described Campbell, adding, “You don’t know what type of weather you’re going to encounter, or if you’re going to have to backtrack or veer to the left to find your niche in the marketplace.”

Campbell’s initial estimate of four months to get a prototype made turned into nearly two-and-a-half years of learning firsthand how arduous breaking into an already established industry can be. His resiliency, relentless work ethic and intuitive mind propelled Campbell to successfully pitch a cooler insert that fit in all MasterCraft models at MasterCraft headquarters in Vonore, Tennessee.

Campbell’s initial cooler was so successful, in fact, that droves of customers began requesting Cordova Coolers design coolers be available to the general public. He and his crew got back to work and unveiled a new line of rugged Cordova Coolers, similar to Yeti coolers, available for purchase in retail stores.

But what is it that sets Cordova apart from wildly popular Yeti coolers?

For starters, Cordova coolers are 100 percent American made and come with a lifetime warranty.

“One thing I want people to know is that our cooler is not a purchase, it’s a lifetime investment,” emphasized Campbell.

The patented lid-locking system still isn’t Captain Campbell’s favorite feature; that title belongs to his revolutionary top-mount latches. “I can’t believe no other cooler company thought of it, but our coolers come with top-mount latches instead of bottom mount latches, so our latches are attached to the body and are lifted up to lock the lid,” said Campbell.

So, what’s the big deal?

“Well, no matter where that cooler is sitting, you can still access those latches to get in and out of the cooler without having to move everything around,” explained Campbell.

At the beginning of the year Cordova Coolers had just three accounts outside of the private sector, but in just eight months that number has ballooned to 85 accounts and counting.

Through it all, one thing has endured in Campbell’s post-fishing career: Bering Sea tenacity. “I wanted to create the bar that no one else could ever meet in fishing,” said Campbell. “Now I want to accomplish in three years what Yeti did in 10 years, making it a lifestyle and by year five, exceeding what they ever thought possible.”

With new pioneering products set to hit the market in coming months, Cordova Coolers is an untapped resource on the verge of taking the industry by storm. The cooler industry is full of unexpected obstacles, but over the course of a 20-plus year career Campbell has proven one thing time and time again—he won’t quit until he’s on top of the mountain.

A Place for Readers and Writers