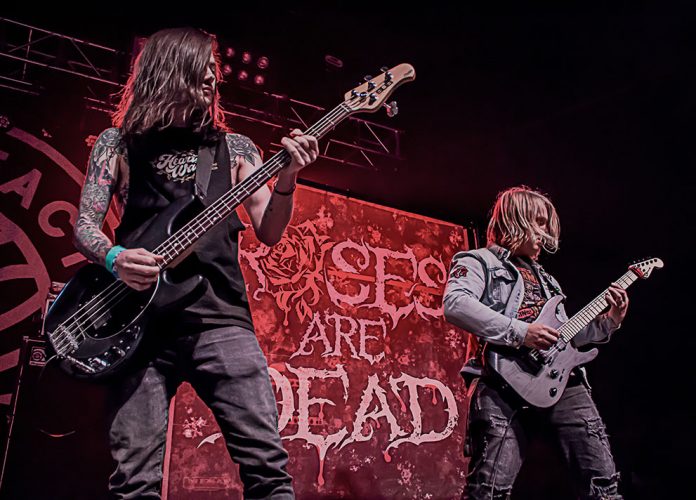 It’s that funky and fantastic time of year again—Treefort Music Fest takes over the streets of downtown Boise. If we could all be in multiple places at once, we’d have a much better chance of being able to catch all of the amazing musicians that will be performing this year; not to mention attend every YogaFort, FoodFort, and StoryFort that we possibly could! But as we are all limited to being in one place at a time, you should make the most of your Treefort 2020 experience by stepping inside the minds of these remarkable local artists. 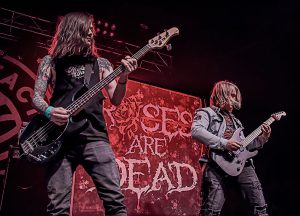 Most of the band got their start in music at a very young age. Dakota (bass) started playing the cello back in elementary school, moving to guitar when he was 17. He actually didn’t pick up the bass until he joined the metal band, Roses Are Dead.

“I started playing guitar about, 11 years ago. Xander (guitar) got me into playing the instrument and I haven’t been able to put it down since,” shares guitar player, Stevin.

Alex (vocals) started playing the piano when he was just six years old and moved to singing when he was 15.

Weston (drums) started becoming a beast behind the kit in the 6th grade.

The band opened up about a few rituals they do before they start writing and when they first wake up on a day of a show. Xander must organize his studio/house prior to writing. “I can’t think clearly with clutter in my life. It helps me organize my thoughts. Music is order,” he said.

Alex religiously carries a notebook with him that he writes down lyrics or rhythms that jump into his mind.

And on the day of a show, “I like to put on some 80’s power ballad tunes to get me going,” Weston said.

Stevin added, “I usually come up with ideas at work or after watching amazing musicians play, it can be so inspiring. It’s like an itch that needs to be scratched and doesn’t go away until I get home, record, and make my idea come to life.”

You can regularly find the bandmates hanging out at their favorite haunts all over Boise. Dakota is a major fan of heading out to the foothills or Wildflour Bakery. After a performance, you’ll find Xander at the downtown Pie Hole. While Stevin concluded with, “I love going out to eat with my bandmates after practice. Some of my funniest memories are with them.” 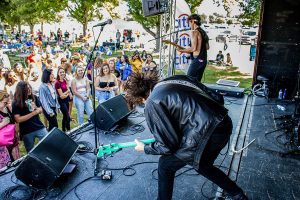 This rock band is a cross between The Strokes and Arctic Monkeys. They started in May 2017 with Hayden (bass) and Cameron (drums) scouring the halls of their high school for a golden-voiced singer. They then found Thomas (vocals/guitar), who hails from Florida. “He was the melodic-catalyst that had the pipes to keep up with our jovial musical excitement,” Cameron said. The band has become a power trio ever since.

All three of the band members are transplants to the Boise area. They absolutely love the state and feel lucky to call the Treasure Valley their home. “One of the most gratifying experiences we’ve had as a band is seeing young musicians sprout up and form bands of their own throughout our tenure of playing live around town. We do feel as though the music scene here is growing and are incredibly excited for what’s to come,” the band added.

Some of the Phets’ favorite places to play gigs are Deathproof.Cofee or The Regal Beaver. They love the intimacy the venues provide as their audience can truly be as close as they want to be. On their days off, the group loves to hang out at The Record Exchange or grab a bite to eat at Pie Hole.

When it comes to writing, The Phets have some interesting rituals. Thomas said, “Sometimes watching live performances of my favorite bands gets me inspired to write. It’s such a great reminder of why I love writing; to make something larger than life, a medium through which people can express themselves and let go.”

Cameron opened up that before creating drumbeats, he first must play the guitar. “Oddly enough. I believe the guitar is one of the most emotionally expressive instruments out there. The guitar has always been so therapeutic for me and really gets the creative sauce marinating.” 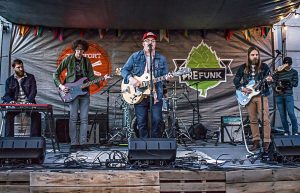 We sat down with, Ryan, the lead singer and guitarist for The Weary Times, a terrific blues band that will rock your soul. Ryan got his start playing guitar when he was 13 years old. “My first guitar was actually a Harmony my parents ordered for me out of a JC Penney Catalog back in the 90’s. I’m pretty sure I circled it in one of those big old things for a Christmas present one year.” Over the past several years, he has become more structured in the way he writes his music. “I’m usually working on 5-10 different song ideas at any given time. When I have a few hours set aside for writing, I’ll usually try to spend a little time on each idea. Sometimes I can write a song in 20 minutes, sometimes I rework it a million different ways, for months, even years before it finally comes together,” Ryan shares. When he isn’t performing himself, you can usually catch Ryan enjoying live shows at venues like The Neurolux, Pengilly’s Saloon, and The Olympic!

Instrumental surf band The Seatopians, offered up a very unique backstory with their music. The band opened up about their true cause, they are here to conquer the land-dwellers by infiltrating our world in disguise of a band!

And it comes to writing their music, they offer up a ritual to the almighty Megalon. After that they spend time writing and rewriting riffs, this cycle repeats until the song is done. If you are looking for a truly unique experience during Treefort make sure to check this band out!

A Healthy Boost for Boise

A Wine for All Seasons