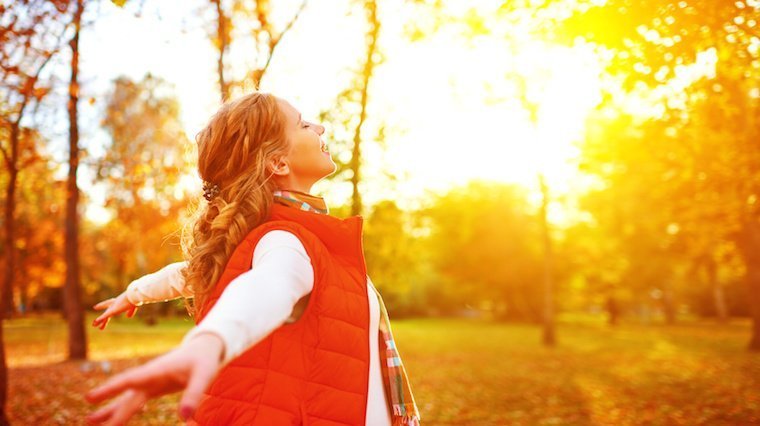 There Are Plenty of Reasons to Fall in Love With Fall

Ahhh, fall, we are waiting for you. Waiting for you to light the trees on fire with your golden paint brush. To scatter bursts of pumpkin-colored oranges and red fire bombs in the foliage. To turn the air crisp and cool as we blow a kiss goodbye to summer. Bring on the boots, the sweaters, the faint odor of wood smoke, and of course, football. Fall in the Treasure Valley is something to behold. From stunning colors to autumn-only amusements; it is time to create some traditions. Here are a few options to inspire you as you fall in love with fall.

Just off the freeway and Eagle Road, this year marks the 20th anniversary for the Farmstead—best known for its corn mazes and pumpkin patches.
*With 12 acres to search through, you are sure to find the fat, skinny, crooked, or colorful pumpkin that is perfect for you.
*Bring the kids and dress up the family for trick-or-treating that is not only safe but abundant in the candy department. Candy in the Corn is set for October 29th.
*The Field of Screams takes place every Friday and Saturday night during the month of October. Expect to lose your voice screeching and shrieking as you wander through the haunted section of the corn maze in the dark. This separate portion of the Farmstead’s corn maze is not suggested for the 12 and under set.
*For tickets and information: www.FarmsteadFestival.com

One of the Valley’s most popular events is the massive

“neighborhood picnic”that is known to most as the Hyde Park Street Fair. Over a hundred vendor booths, artisans, musicians, entertainers, and exotic food options join together for this hip and happening gathering. September 16th through the 18th at Camel’s Back Park.
*For tickets and information: www.NorthEndBoise.org/hyde-park-street-fair-2016

Starting September 12th, Boise will boast as having some of the best golf in the world. The Albertsons Boise Open will for the first time be one of the 4 prestigious Web.com Tour Final events. This means the top 75 players from the Web.com Tour will battle it out with 75 PGA Tour players. Which in turn means top notch golf for you to watch in person. With a purse of 1 million dollars and 25 slots up for grabs for next year’s PGA tour, this year’s Albertsons Boise Open is a biggie.
*For tickets and information: www.AlbertsonsBoiseOpen.com

We can’t have autumn activities without including something for the four-legged set. See Spot Walk is the Humane Society’s 1 mile walk through Julia Davis Park to raise funds to help homeless animals. Starting at 10 a.m. on October 1st, join thousands of canines for the walk, vendors, contests, demonstrations, and of course, food. By the way, you don’t have to have a dog to join the walk.
* For more information: IdahoHumane.Donordrive.com/index.cfm?fuseaction=donorDrive.event&eventID=517 OR our shortened version: TinyUrl.com/hcj43pr

Once you know that Idaho is one of the top states in the nation for hop production, then you are not surprised by the fact there is a festival to educate and showcase local hop farmers and the breweries that use their ingredients. The Hoptober Freshtival is slated for October 1st in downtown Boise. Come sample some of the more than 60 beers from local and regional breweries.
* For more information: HoptoberFreshtival.com

*This year marks the 30th anniversary of the blue turf so expect celebrations all year.
*The Broncos will kick off their season on September 10th with a game against Washington State. At half-time, to mark the 30th anniversary, they’ll honor the 30 greatest players who have worn the Bronco jersey on the blue.
*On October 15th, BSU hosts Colorado State for Homecoming. Half-time will feature the entire team from the 2006 Fiesta Bowl win.
*For tickets and information: www.BroncoSports.com

*For the Yote’s first game on September 3rd against Montana Western, the College of Idaho’s new marching band will be making its debut.
*Homecoming is set for October 8th against Helena’s Carroll College.
*If you want a glimpse into the future of football, don’t miss the College of Idaho’s October 22nd game. The half time will consist of hundreds of kids from the Valley’s Optimist teams playing several games—all 4 minutes each.
*For tickets and information: www.YotesAthletics.com

Here’s your chance to eat your way through the best and the brightest eateries in the downtown district. If you buy a ticket to the Historic Downtown Boise Food and Cultural Tour, you will have a chance to sample a smorgasbord of delicacies from several iconic restaurants and hot spots. The tour was put together by Victor Scargle, an award-winning chef and currently the Executive Chef at the Culinary Institute of America in Napa, CA, so expect heavenly tastings. The opportunity to indulge runs through November 19th.
*For tickets and information: www.IndulgeBoise.com

You’ve had to see the signs all over the Valley. Come “play dirty” on Saturday, October 8th. They bill this 5K slop fest as a military boot camp meets your 5-year-old fantasy mud run obstacle course. There’s also a 1 mile long “Piglet Plunge” for the 12 and under set.
*For sign ups and information: www.TheDirtyDash.com

Transport yourself down to a Bavarian bier house, or at least feel like it, for this year’s Old Boise Oktoberfest at 6th and Main. The beer, music, beer, food, and more beer will be on September 17th because the organizers say they can’t wait all the way until October.
*For more information: OldBoise.com/old-boise-oktoberfest-2015