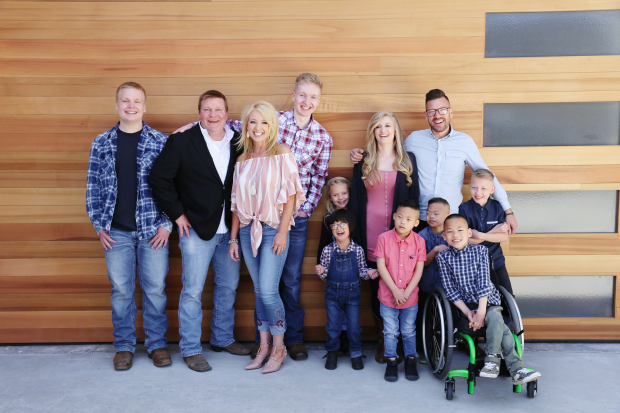 Family is at the heart of Timber and Love.

As the saying goes, home is where the heart is. Business partners Luke Caldwell and Clint Robertson infuse a special ingredient into every home renovation they touch: heart. Their shared vision isn’t to simply flip homes across the Treasure Valley, but rather it is to focus on the Boise area and creating high-quality renovations on structures that people will call home.

Luke notes, “I think especially for myself, I really love to create, and I want it to be a home that I’d want to live in when it’s all said and done and just to feel the love in the home. That’s why we named our company Timber and Love because we want it to be more than just, you know, throw up some paint, new carpet, then call it good and get out, we really want to stand by our product.”

“When I met Luke, I was already realizing that Boise was and probably still is in the Goldilocks stage as far as there being homes that can still be renovated and sold,” Clint adds.

Catching wind of the exciting things the duo is doing with home renovations, HGTV sought out (and is now featuring!) the masterminds behind Timber and Love in a series called The Boise Boys. The programming is much like other home improvement shows, but for one thing, other shows don’t have the quirky team that comprises The Boise Boys.

Being dubbed the ‘odd couple”, Luke Caldwell is the decorator, bringing beautiful aesthetics to their projects; while Clint Robertson has the brawn with his contracting and development expertise. Together, they bring a unique mix to the home renovation marketplace that is like a breath of fresh air. Having met through a mutual friend at the Whole Foods Market, Luke and Clint knew instantly that they both had a vision that drove them together to form a team that is a force to reckon with.

“We met each other just a few years ago. And really just had an immediate synergy,” Luke comments.

Prior to Timber and Love, Luke played with a ministry band that traveled extensively for years. Driven by his desire to expand his family by way of adoption and with his wife Miranda’s support, he began to renovate homes as a way to raise money on the side for the high costs of adoption. In the past several years, because of his vision and his faith, the couple have successfully added four new members to their family in addition to their two biological children.

At the same time, Texas native Clint Robertson has had success owning a title company, as well as a brokerage firm, and developing land, on top of all of that, he then found himself as a finalist on the reality show “The Apprentice”. Once the thrill and excitement of being on the show wore off, the exhaustion set in and with that, the reality that it was time for a change. It was then that he decided it was time to pursue a drastic new direction in his life. That meant relocating from Texas to Northern Idaho, in Post Falls with his wife Sandy and three boys. Eventually, other opportunities paired with the cold winters would nudge Clint and his family south to the Boise area where he continued to pursue contracting and renovations. He, too, relies heavily on his faith and strong family values to guide him in the pursuit of providing for his family and in a sense, giving back to the community by rehabbing homes for the people of Boise.

“We both do all of this for our kiddos,” Clint adds. “We just try to settle it back into our family’s lives and our families are our first calling. I mean if you are not taking care of your home front, then what does it matter what you are doing anywhere else?”

The show highlights the team going through their process showing the various stages that they go through to renovate a home. From the planning stages, to the hard-physical labor that Clint oversees, to where Luke rolls up his sleeves and displays his designer prowess. The team is like a well-oiled machine doused with hilarity and some fun hijinks to keep it lively and interesting.

“We met each other just a few years ago and really just had an immediate synergy and really, I guess usually with ‘type A’ people sometimes it’s not the easiest to work together and because we both have vision and we both are get-stuff-done kind of people. I don’t know if it’s because it’s a little bit of our different seasons of life or whatever it was, but we both just really connected. We were able to really just trust each other and move forward and it created just a really good chemistry,” Luke explains.

Their headquarters is located near downtown Boise, just off the Greenbelt in a rustic building with their company logo adorning the outside. Going with the odd couple theme, Luke’s design area is neat and tidy with everything in its place. A large work table is situated in the middle, suitable for spreading out floor plans, tile samples, paint swatc

hes and sketches. Through old workshop windows you can see the organized warehouse beyond that houses the furniture and accessories that Luke uses for staging the homes once completed. But, just through some trendy aged wood barns doors, is where the action happens with woodworking tools, saws, and machines along with wood other workshop supplies. That is where Clint works on his special projects for the homes.

Painted on a wall inside the workshop beside the sliding barn doors is a sign that says, “Keep Boise Kind.” A perfect sentiment that personifies the heart of the Boise Boys.

You can catch Clint and Luke on HGTV with their first episode now airing which features an old farmhouse and a mid-century split-level home.