What’s a winter issue of Greenbelt without an article showcasing a few of the Treasure Valley’s athletes that excel in snow sports? Every Boisean knows a winter here isn’t complete without regular trips to the mountains to play in some of the white stuff. Our city is the perfect base camp to launch winter adventures from, and it’s certainly worth writing about those who have taken these pastimes to a higher level. When you combine tenacity, natural ability, and finely tuned equipment – the results are snow-based performances worthy of accolades, a trophy, a film appearance, or all of the above. When it comes down to it, the winter athletes featured in this article are some of the best at what they do.

This Boise native hailed from a family that spent most of their time outdoors playing all kinds of seasonal sports. Softball and soccer were just a few pursuits on a young Sarah’s list before the snow fell, and like many of the children in the Treasure Valley, alpine ski lessons took full swing. This opened the door to her passion for snow sports. 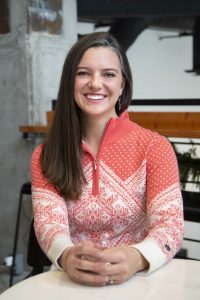 Four-way races held in the mountains each weekend consisted of Nordic and Alpine skiing events like giant slalom and ski jumping. By sixth grade, Sarah had become a fan of Nordic skiing and began travelling with the Bogus Basin Nordic team which competed regionally. By junior high school, Sarah and six other female racers qualified to represent their team in Norway at the junior Scandinavian Cup. Only a year later, during her sophomore year in high school, Sarah qualified for the World Championship Summer Biathlon in Khanty-Mansiysk Siberia.

Finding true passion in Nordic skiing, Sarah attended Dartmouth college where she became the captain of the women’s NCAA Varsity Nordic Ski team, and won the NCAA championships that same year. On top of countless wins in the collegiate circuit, she also qualified to race the IBU Cup Circuit in Europe. In 2008, Sarah completed a pre-Olympic qualifier for the World Cup in Vancouver. In 2009-2010 she placed in several top twenty finishes. In 2014 Sarah accepted a position as the assistant coach for the University of Alaska’s Nordic Ski Team. After a tenure in Alaska, she eventually settled in Soldier Hollow above Midway, Utah to be the head coach of a team that certainly will be producing highly competitive athletes to follow in her footsteps.

Bogus Basin has produced some very notable athletes, coaches, and artists specific to the snow sports industry. Mason Kennedy is one of those locals that started like many of us, taking the bus up the winding road to ski the slopes above Boise. A graduate of Mountain View High School, Mason joined the ski team in order to gain regular access to the terrain park. Racing was always an afterthought to the thrill of the rails and jumps. As a means of supplementing his passion for park riding, Mason entered local contests dubbed ‘rail jams’, sponsored by Boise’s Eco Lounge Freeride Shop. After graduation and in an effort to expand his terrain park abilities, Mason moved to Mt. Hood, where riding is nearly a year-round activity. He was also able to help influence the layout of the terrain park by constructing some of the features. 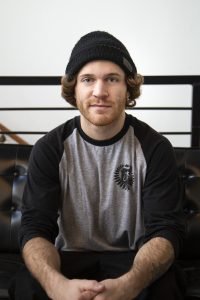 Not too long after his arrival, he was hired as a riding coach by Windells Ski Camp, considered one of the best summer ski camps in the world. During his time there, Mason enrolled at the Mt. Hood Media college and studied graphic design, which fueled his thirst to combine skiing and video. Soon, Mason was busy filming super park riding as part of his new production company, labelled the Onslaught Crew.

Next on his list was some time in Park City, Utah, constructing more jumps and rails. Mason was happy to be selected as a tester for the terrain park, giving him regular access to the jumps to determine pitch and landings. Park City allowed him to promote his media arm and meet highly respected industry leaders.

Mason broke from the resorts and spent the next season self-filming his own skiing including back country riding. In 2016, he was back at Mt. Hood as the head coach of Windells. He trained X Games hopefuls and kids riding at highly competitive levels, including for the Dew Tour, an event that brings together the best of the best.

With enough footage to put together several productions including movies like “Movement” and “Activate”, Mason’s film company, the Onslaught Crew, was invited to submit an entry to the IF3 Film Festival, where his piece was nominated for Best Ski Video. Eventually, all of his efforts in the industry brought him full circle back to Boise where he participated in the New Year’s Potato Drop snow event and won the Big Air contest.

It should be no surprise to anyone who is familiar with Ben Evans’ prowess on a motorcycle (yes, the same champion that graced our summer sports article), that he possesses much of the same talent on a snow bike. Motorcycles, modified for use in the snow, are some of the most popular winter machinery for the track and backcountry. With sales starting to outpace snowmobiles, it’s not hard to find them everywhere in Idaho once the mountains have good coverage. Especially considering snow bikes can be used year-round in one capacity or the other.

Since Motocross is already a popular spectator sport, snow bike racing has taken off as a competitive winter sport. Ben’s choice is the KTM/Timbersled Kit, which he used to dominate the North American Snow Bike series, coming in with a first-place win. One of Ben’s favorite races is the Snow Bike series during the Winter Carnival in McCall. Ben has also raced other prominent televised series like the X Games Snow Bike race, featuring another Boise local named Jimmy Jarrett. 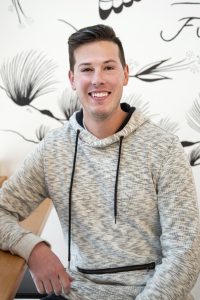 Ben’s favorite riding spots, other than the track, include Brundage Mountain and trails off Warren Wagon Road near McCall. This is where the midseason snow is deep and according to Ben, “the bike seems to float in the powder.” Ben emphasizes safety, especially for beginner riders in Idaho’s backcountry where dangers including avalanches are plentiful. When riding with family or friends who aren’t accustomed to the performance of a snow bike, Ben sticks to the meadows or flatter areas and carefully reads the terrain, the way many off road motorcyclists do. Ben is always cautious to recommend carrying survival gear for a backcountry ride, including fire starters, extra cold weather gear, and a shovel just in case the elements takes a turn.

As much as we love watching local pros compete, it’s almost a given that many of us will also be outdoors this winter skiing, snowboarding, snowmobiling, or even snow biking. We might not have as much time to devote to these passions, but we can certainly appreciate these outstanding athletes’ abilities and dedication. So, get out there and enjoy the opportunities the snow brings and maybe someday another local name will be receiving a trophy, have their rides immortalized on film or have their name(s) announced on ESPN.