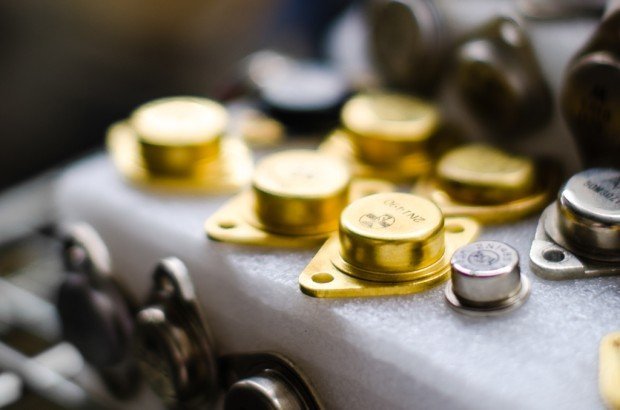 In the industrial stretch of Garden City, tucked away on West 33rd Street, is one of the Treasure Valley’s most unusual treasures. Part museum, part fabrication lab and part surplus store, the Reuseum is a place where old technology goes to die—and is resurrected as something new.

“We’ve got parts,” manager David Ultis grins as he gives me a tour, starting with the “museum” section, where director John Schiff displays pioneering technologies including a stair climber robot, a prototype unmanned aerial vehicle (UAV) that was the precursor of today’s infamous drones and a receiver used for simulation in the Galileo space mission, which sent an unmanned probe to Jupiter.

In addition to parts—including everything from servomotors and millable plastics to computer pieces, transistors, and switches—the Reuseum also has a smelting furnace and other lab equipment and stocks every kind of personal protective equipment imaginable—from lab coats to full-on radiation suits.

So what can people do with all this stuff?

S.T.A.B.B.Y, the store’s human-sized robot sculpture, is one possibility. “Many people wouldn’t consider this kind of thing as an option because it would normally be too expensive,” says Ultis. “We provide inexpensive raw materials for artists, hobbyists, and inventors to create things. It’s just a great place to get ideas and gain resources.”

The Reuseum also conducts workshops for schools and Scout groups. On the day I visited, a group of third graders from Sage International School in Boise had just made their first robots. “We would like to offer a robot kit using recycled parts,” Ultis says. “At most hobby shops, those kinds of things are out of most people’s price range. But here, we have access to inexpensive materials.”

The Reuseum has also become a meeting place for Idaho’s thriving Maker community. A Maker is an artisan, coder, crafter, or performer—essentially, anyone who makes something. Every other Saturday, the workshop area buzzes with creative energy as the Idaho Maker community’s open lab provides a space for Makers of all stripes to compare ideas and design new technology. The community is busy preparing for the May Boise Mini-Maker Faire, which will take place Saturday, May 25 from 12:00-6:00 at the Boise Public Library and Sunday, May 26 from 9:30-5:30 at the Discovery Center of Idaho.

And if you’re wondering what to do with your garage full of non-working computers and other technology, the Reuseum is your answer. They accept computers, flat screen displays, personal electronics, cell phones, and CRT monitors/televisions (these require a small processing fee). Your tax-deductible donations support free and low-cost educational scientific and technology workshops.

“For anything we do here, we ask ourselves, ‘Will it benefit our community?’ Our goal is to use technology to make life better.” Ultis says. “The Reuseum is for anyone of any age who wants to explore, create, and learn.”

To learn more about The Reuseum and all it offers, visit www.reuseum.org

Playing in the Big League