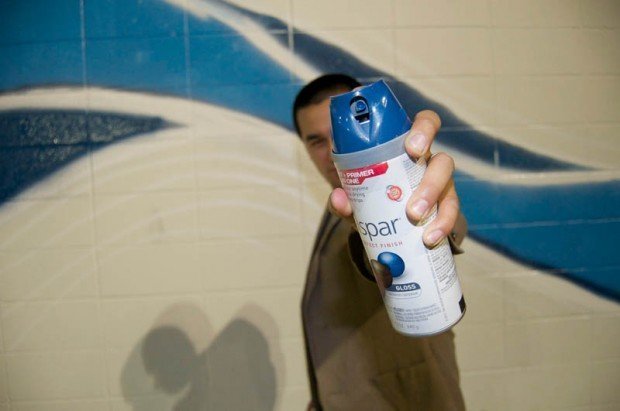 Meet the Mastermind behind the Boise Creative Center.

This September, local artists Alex and Jamie Vega are opening the doors of the Boise Creative Center (BCC), a multi-purpose artists space located on the fringe of the Linen District.

Alex’s story is not an uncommon one. Showing talent at an early age, he began consuming every art class offered in school with the dream of becoming a graphic illustrator. But, like most great artists, he was told he could never make a living as an artist and that he needed to find something else viable to pay the bills. So he turned to finance, all the while realizing that finance did not fulfill him the way art did.

When Alex met his wife Jamie, he was inspired. “She is such an incredible artist,” he said. With Jamie as his muse, Alex returned to school and began studying Graphic Art. Soon after, he began his own graphic design business, doing logo package design and not long after that, he and his wife began taking commissioned artwork out of their home studio.

Alex works in any medium and enjoys challenging himself when it comes to his art. He does not think of himself as having a classification. “I like not having an answer for the question ‘how do you define your art?’”

Alex attacks his subject matter with a bold passion that is quick, inspired and headfirst. In a perfect dichotomy, Jamie’s art is more detailed and methodical. She prefers acrylics and oils and likes to take her time. “I like to come along after Alex (does the bulk of the work) and fill in the details.” Jamie said.

Alex has done an extensive amount of mural work throughout Boise and his works have been featured in the Boise Weekly and the Idaho Business Review, as well as being a featured artist at the Modern Hotel several times.

The warm reception to their work afforded by Boise’s arts scene has given Alex the ability to become a full time artist. However, as the Vega’s popularity has grown, their home studio hasn’t. The last commissioned work they had was so big they couldn’t close the door, and it quickly became evident they were going to need more space. And not long after, the dream of opening a studio where they could have private shows, a gallery, hold classes, and offer spaces for other artists to work would soon become a reality.

When the Vega’s began looking, they found that the old A-1 building on
Front Street was available. At first, the proverbial hoops they had to jump through seemed vast; but the city quickly approved the idea and everything fell into place.

If the passion the Vega’s have for the art is any indication of what they can accomplish, then the BCC is sure to become another crown jewel of the Boise art scene. “We want to continue being active, keep using our creative outlets.” Alex said, they are truly excited to be “downtown, absorbing the ambiance of the dynamic Linen District.”

There are already plans for the first show at BCC: Second Chance Building Materials Center will be holding their month long ‘Recycled Art Show’ at the new gallery, which will open September 5 as part of Boise’s First Thursday. For more information on Boise Creative Center, stop by 1214 Front Street or call 371-9697.

Thinking About Remodeling Your Kitchen?

To Your Good Health

Do You Yoga for Your Mind, Body, and Soul?

What If An Ice Cream Store and a Brewery Had a Baby?