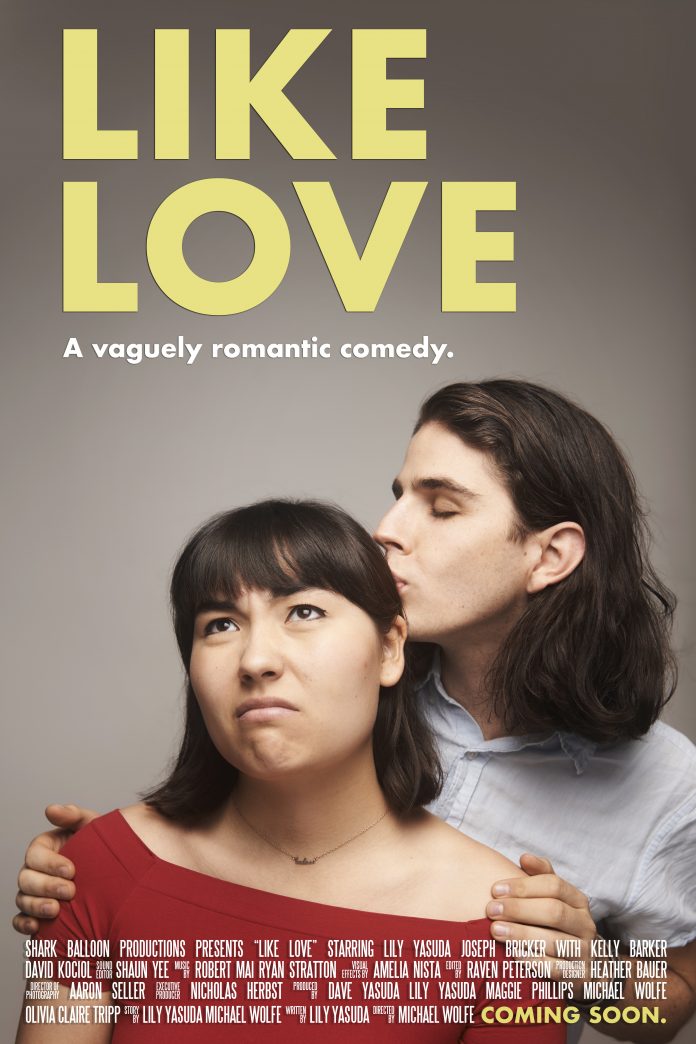 Lily Yasuda is just 22 years old, but as a female filmmaker who wrote, acted in, and produced a micro-budget feature length film shot entirely in Boise, Idaho, she is already breaking creative ground. Yasuda’s first film, “Like Love,” an 82-minute “vaguely romantic” comedy, will premiere at the Egyptian Theater on February 12, 2020, just in time for Valentine’s Day.

A Boise native and 2014 Boise High School graduate, Lily has creative talent in her blood. Her mother, Jodeen Revere, is an actor starring in an upcoming one-woman show at Boise Contemporary Theater, and her father, Dave Yasuda, oversees Foodfort and is a marketing director at Agri Beef Co. Dave was also a producer for his daughter’s film and provided catering for the shoot. “I have abnormally supportive parents,” she told me when we met at Java in Hyde Park to discuss her creative work.

“Like Love” was conceived at Chapman University in Orange County, California, where Yasuda graduated with a screenwriting degree in 2018. A classmate, Michael Wolfe, asked Yasuda to write a screenplay for a movie he wanted to shoot. He sent her several pitches, but one stood out to her: the story of Wolfe’s best female friend, his crush on her, her lack of interest in him, and how bad he felt about mucking up their friendship. Wolfe was the director and a co-producer; Yasuda was the writer, lead actor, and producer.

Since the classic 1989 rom-com “When Harry Met Sally,” (an inspiration for “Like Love”), men and women have been asking each other: Can we be friends? “Yes, we can,” Yasuda told me. “That’s what Michael and I wanted to explore in our film.” 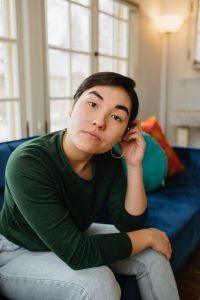 Yasuda sees “Like Love” as a new kind of romantic comedy for the #MeToo generation. For Yasuda, the point of the #MeToo movement is not that men are bad or should be afraid of relationships—it’s the acknowledgment of a strange cultural pressure for women to be sexually “convenient,” resulting in tropes like relentless pursuit, “no means yes,” and other problematic ideas that reinforce a twisted cultural view of romantic love.

“More people should be having this conversation,” Yasuda told me. “We need to explore why women say yes when they mean no. This is a cultural script. Every woman gets this.”

The film was shot in Boise in August 2018. Except for Joseph Bricker, who plays the male lead and is a friend of Wolfe’s from Los Angeles, all the actors in the film are Boise locals. Wolfe and Yasuda are in the process of submitting the film to the 2020 festival circuit. “We are so proud of our cast and crew, and so grateful to our 400+ donors and the Boise community,” Yasuda told me.

One challenge for independent filmmakers is funding. Yasuda proudly told me that the project was crowd-funded, with support largely split between Chapman University and Boise friends. They raised $30,000 in just 30 days and are still seeking investors for the project. “My hardest pitch was my first meeting,” she told me. Now, she loves to tell her story.

What’s next for Yasuda? Though she enjoys her current job as the grants operations manager of the Alexa Rose Foundation, an organization that supports artists in our community, Yasuda already knows that she wants to pursue filmmaking as a vocation—and sit in the director’s chair next time. She has some short films in the works this year and is already planning her next feature film, which she plans to direct and act in.

If you’re looking for something a little different this Valentine’s Day, consider supporting a local filmmaker and enjoying a new perspective on romance. “Like Love” is fun and funny—and unlike some relationships, it has a happy ending, just not the ending conventional Hollywood one.