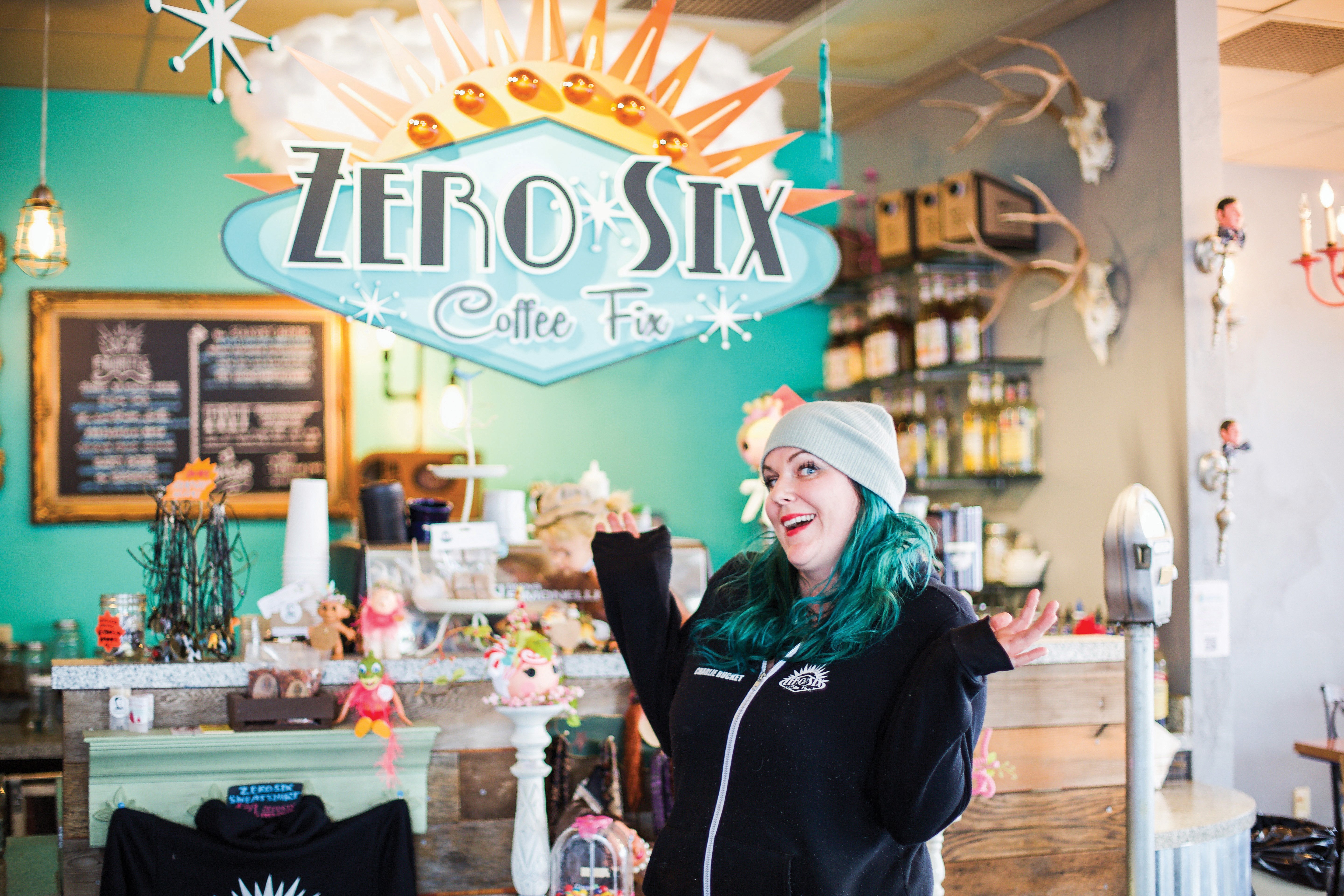 After sixteen years of working as a barista, Jeannie Jackson sold everything she owned to buy an old Moxie Java and turn it into a coffee shop of her own.

Off Parkcenter Boulevard, Zero-Six Coffee Fix is in the heart of Southeast Boise. Being open for just over a year, the coffee shop has grown to have a recognizable customer base.

Jeannie previously worked at the location before Zero-Six, when it was Moxie. While working as a barista, she dreamt of later owning her own coffee shop. Sixteen years later Jeannie sold everything she had, including her house, to buy Zero-Six’s location. Though it was difficult in the beginning, her customers as well as her baristas have followed her through the transition from Moxie to Zero-Six, creating a family. “This place is my home,” she shared, expressing the love she has for the shop. She explained what makes her establishment so different.

“We don’t want to do pure customer service, you can’t train it- we organically want to be a part of customer’s lives.” A theme that is regularly seen at the coffee shop where they create a “Cheers” like environment where the baristas know (close to) everyone’s name. “Peoples’ names are important,” explained the owner. That’s why customers don’t go long without everyone knowing their name.

Walking in, you’ll always have a warm welcome from either the owner herself or one of her friendly baristas. They show their love by getting to know you on a personal level. You’ll be engaged in friendly conversation while waiting for your favorite beverage. After a few visits, they’ll even start your coffee before you reach the register.

The décor is cozy yet bright, with a side of quirkiness.  Colorful chandeliers hang from the ceiling and comfy printed couches

alongside a fireplace create a fun, home-like environment.

At Zero-Six, you won’t only feel like a part of the family, but you will also be enlightened by humorous coffee names such as the Sweaty Bieber, a habanero raspberry latte, or the Southern Belle, or a pecan pie french vanilla dark mocha. You can find unique creations made by the owner herself, local art vendors, and Boise-made merchandise like bath bombs made from tea they serve.

Most things found at Zero-Six were created by Jeannie herself with the help of customers. When starting up, she had to recreate the place while adding her own style to make it a shop of her own.  From fresh paint on the walls to handmade clouds that hang above the menu, the location is made from the hearts of Jeannie and the Zero-Six community.

When asked about the unique name, it was inspired from the zip code of the location, giving recognition to Southeast Boise.

“We want to give back to the zip code [83706]” Jeannie explained, “to make an impact on people that never ask.” Jeannie regularly gives back to the local area by giving money along with free coffee cards to businesses in the zero six area. In one instance, she gave $200 to Dollar Tree around Christmas for the customers, to ease the holiday spending for some.

The future is bright for Zero-Six as Jeannie says it will hold “nothing but amazing things.” “We hope everyone that comes here now still comes here, and [also] new people. We have lots of love to share.”

Summer Sipping (in the winter) at Barbarian Brewing