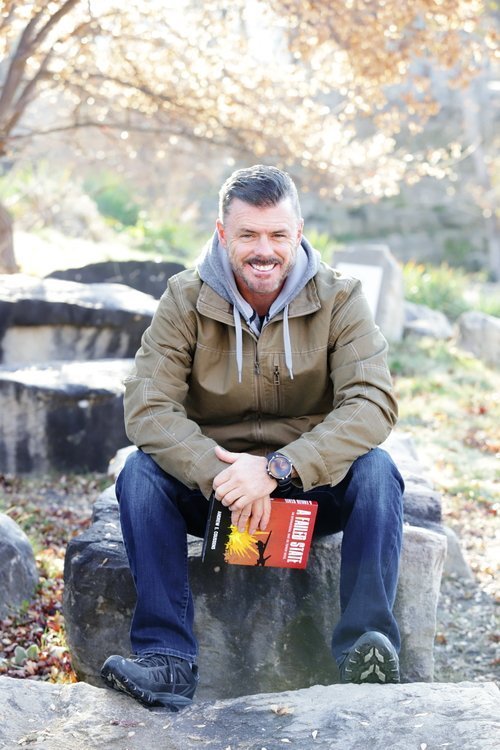 Deployment, the movement of people or equipment to a position for military action, is not well understood.

Perhaps the biggest public misunderstanding about deployment isn’t the hardship on military families, but the hardship on the invisible people behind the scenes. These are the contractors and operators who deploy without the government-provided emotional support resources and without the sympathies of the American public, but with all the same stressors and mental and physical pressures on them and their families.

In his gripping novel, A Failed State: An International War on Terror, Boise resident Andrew E. Coussens weaves a tale about a deployed contractor. It is a story of danger, comradery, and workplace and domestic issues blended with soul-tugging yearning for home and loved ones — that is, loved ones who are static and unchanging. Exactly how many overseas deployments does it take to break a family? By sharing his personal life and in his war novel, Andrew clues us in.

He is candid about the fact that his nearly two dozen deployments strained his marriage, challenged his health and mental state, and contributed to his wife’s depression and alcoholism, and eventually her death in 2016.

“I never fully comprehended her burden until after I lost her,” writes Andrew in the book author’s note. To dig his way back from his debilitating grief, he began writing as a means of therapy. When he realized that his autobiography could be converted to a novel to help others in his situation, he became passionate about letting his life serve as a template for others who make their living this way.

In the book, Damien, the protagonist, is absorbed in war zone intelligence gathering that is followed by periods of tiresome inactivity, but thoughts of his young daughter and beloved, but conflicted wife, are constant. He veers from managing frightening events to routine behavior that all husbands can relate to — phoning his wife, who is home on the other side of the world, a place that has its own problems. As the fictional story rolls out, one wonders if it’s the unstable country that is the “failed state” of the title or the spousal relationship or maybe it’s the overall world circumstances.

Damien is in denial about his wife’s alcoholism, but even he can see that he, too, is devoted to his own addictions which are his team, their mission, and the constant danger. His wife has come to despise his chosen career. He fears losing any chance of shared custody of their daughter should his marriage implode.

Describing his job as “90 percent boredom and 10 percent sheer terror,” Damien is a realistic and flawed human, which adds to the tension. The story is less than 200 pages, but the reader may not want to put the book down for fear something dreadful and irreversible will happen if one looks away even for a moment.

A Failed State is available on Kindle and Nook. The second novel in the series, Relapse, will be available in 2019. In that book, Andrew explores the spousal experience during deployments.