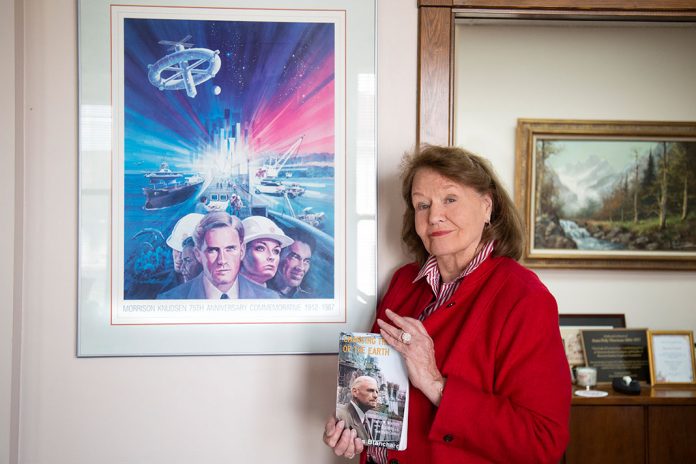 Mahatma Gandhi once said, “A small body of determined spirits fired by an unquenchable faith in their mission can alter the course of history.” Our community’s past, filled with driven and visionary leaders, laid foundation for the continuous growth of our valley – and more importantly, the accomplishments of the leaders yet to come.

Mary Ann Arnold, originally from Ohio, credits her career decisions and influence in part to her upbringing. She shares, “I had the advantage of life-long family support, but my most significant early influences were my parents. My Mother gave me confidence at an early age, and my Dad raised me as a tomboy – which was the best upbringing for me, as those experiences led to my future career choices. Add in Girl Scouts and playing sports which prepared me to be part of a team, learn how to accept criticism when deserved, make decisions based on current challenges, and finally to be a leader.”

Her journey to Idaho started at Louisiana State University, where she studied math as a grad student. There she met her late husband, Ken Arnold a Boise native, who had been in the Air Force and was enrolled as an undergraduate. After their marriage, Mary Ann accepted a position at NASA in Cleveland, Ohio while he finished his degree at Kent State. His deep family ties brought them back to Boise after graduation.

Within their first year back, they were invited to an event at the Governor’s home and Mary Ann quickly realized a characteristic of our city that keeps many of us here – individuals can make a difference. Community involvement is such an integral part of what makes Boise a special place. Mary Ann’s participation in a variety of organizations over the years lends credence to the power of an engaged individual in an active community.

Morrison-Knudsen has been a foundational component of Boise’s development. For those of you unfamiliar, the Morrison-Knudsen Company was a construction and engineering company founded in 1912 by Harry Morrison and Morris Knudsen. Some of their local projects include the New York Canal, Bogus Basin, Cascade Reservoir, as well as numerous roads, railroad lines, power and water projects. On a national level, MK completed prestigious engineering feats such as the Hoover Dam, San Francisco Bay Bridge, and Penn Station to name a few. 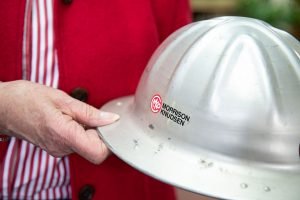 In 1947, the MK Foundation was started by Ann Morrison with donations from MK employees. Their primary objectives are to support individuals in need that are referred by local social service entities and to memorialize the Morrison-Knudsen name and legacy within the community. Mary Ann held the positions of Project Controls Engineer and Corporate Director in her time at Morrison-Knudsen, Inc. In 2013, after several requests, she agreed to join the MK Foundation.

In her time with the foundation, Mary Ann has leveraged her love of Idaho’s people and places and experience in project coordination to have incredible impact in our community. She accepted her current role as President of the MK Foundation in 2019. One of her proudest accomplishments is the Morrison-Knudsen Foote Park Center.

“Having worked for almost 30 years at MK on many projects, both national and foreign, and with my interest in history – what an opportunity it was to create an interpretive center from the ground up. I was able to use my professional skills, my avocation for history, and leave a legacy for the Footes as well as MK. It just doesn’t get much better than that. Over the 6 years of the project, my co-founder and I spent 1000’s of hours in all aspects of the project as it was truly a once in a lifetime opportunity. Of all my community volunteer involvement, I will never be able to top this one!”

As co-founder of the Morrison-Knudsen Foote Park Center, Mary Ann’s passion for history and community are ever apparent. Her intrigue and recall of the past translates innovation and creation to the present and the future. She also serves as President of the Foundation for Idaho History. The foundation conducted a major capital campaign to fund the exhibits in the newly renovated Idaho State Museum on Capital Boulevard. Mary Ann served as the Chair of the Public Phase of the Campaign. The foundation raised $4.3 M with a matching $4M from the state to fund the $8M for the exhibits. 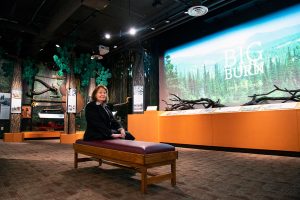 “As President of the foundation, I am looking forward to our next phase of support for the Idaho State Museum. We primarily will be providing funding support for traveling exhibits from other museums, hall of fame venues, Smithsonian, etc., as well as, out-reach to other parts of the state. Our museum is definitely for the 21st Century with its use of multi-media for exciting exhibits, interactive opportunities, artifact displays, creative design of exhibit areas and galleries – in short it is a visitor experience to be enjoyed multiple times. As a foundation, our goal is to keep it fresh, educational, and fun” says Mary Ann.

As we reflect on the history of Idaho and the key players that make our city what it is, it’s important to reflect on the ways each and every one of us can be influential. History is written by each of its participants, and Mary Ann’s life and legacy are a clear indicator of how powerful that truly is.