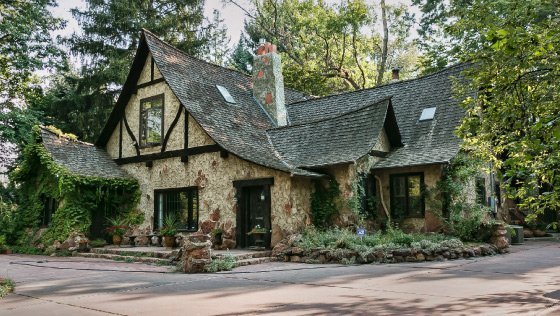 Preservation Idaho has worked to preserve Idaho’s historic and cultural resources for 43 years. The Heritage Homes Tour is their signature event and largest annual fundraiser. It is an annual, self-guided tour of one of Boise’s unique neighborhoods; chosen to highlight Boise’s social and economic history and development, as well as satisfy the curiosity we all have as to how other people live in their communities and neighborhoods. As a 501(c) 3 non-profit organization, they receive no State or Federal funding and rely solely on members, donations, and grants to support their mission of “preserving Idaho’s historic places through collaboration, education, and advocacy.” The Heritage Homes Tour takes places the first Sunday in October; mark your calendar for October 2nd, 2016! This year’s event took place in the Kootenai Street Historic Neighborhood. Platted in 1891, the area was first developed into farms and orchards. By the 1950’s the neighborhood had become a suburb for Boise’s growing middle class. The first homes built on Kootenai belonged to farmers, carpenters, and other laborers with property often helping provide an income. Some of the land in this area became Morris Hill Cemetery and Cassia Park.

Construction of the Union Pacific Depot in 1925 coincided with road-improvement programs that helped modernize Boise and encouraged travel by automobile. These changes made living outside of the downtown area easier and desirable. Many homes on the Bench were built between 1935 and 1960, when the ideal of home ownership came to represent success and security. The Kootenai Street neighborhood includes Colonial, Classic, Spanish, and English style homes and is enjoyed today because of its architectural character, the expanse of green space around the homes, and because of the large shade trees that line the streets. Subdivision of these large lots is always a temptation to developers and, despite its architectural and historic significance, Kootenai Street has not been listed on the National Register of Historic Places or given the protection afforded by designation as a local historic district. These homes are vulnerable to demolition and non-sympathetic exterior renovations. It is hoped that events like the Heritage Homes Tour will draw attention to the need for this and other neighborhoods to evolve in ways that are both productive and sensitive to their historic and architectural integrity.

This house represents the most articulate expression of the Storybook Style in Idaho. Designed by Crandall, his daughter recalls that the home was conceived based on the books which she and her sister shared. The house features whimsical elements. The swayed, multi-gabled roofs of the house are complimented by half-timbered and stucco walls which taper upward from a red, stone boulder foundation. Stone clusters puncture the stucco and small-paned windows are paired with heavy, dark doors. A native of American Falls, Idaho, Crandall homesteaded near Jenny Lake in the heart of the Tetons in a log cabin studio which still stands today. His hand-tinted photos and brightly painted landscapes provide a historic record of the Grand Teton Park. Harrison (Hank) and Hildegarde bought 3 acres on the Boise Bench in October 1932 as a seasonal home so their two daughters could attend Boise schools while Hank worked on the art that the family would sell each summer. Crandall had no formal architectural education, but his father was a nurseryman, and the deep lot was carefully landscaped with plantings he had purchased expressly for that purpose. The original pond visible in historic photos has since been filled in but subsequent owners have maintained and improved upon the scenic natural surroundings of the house and its original garage.