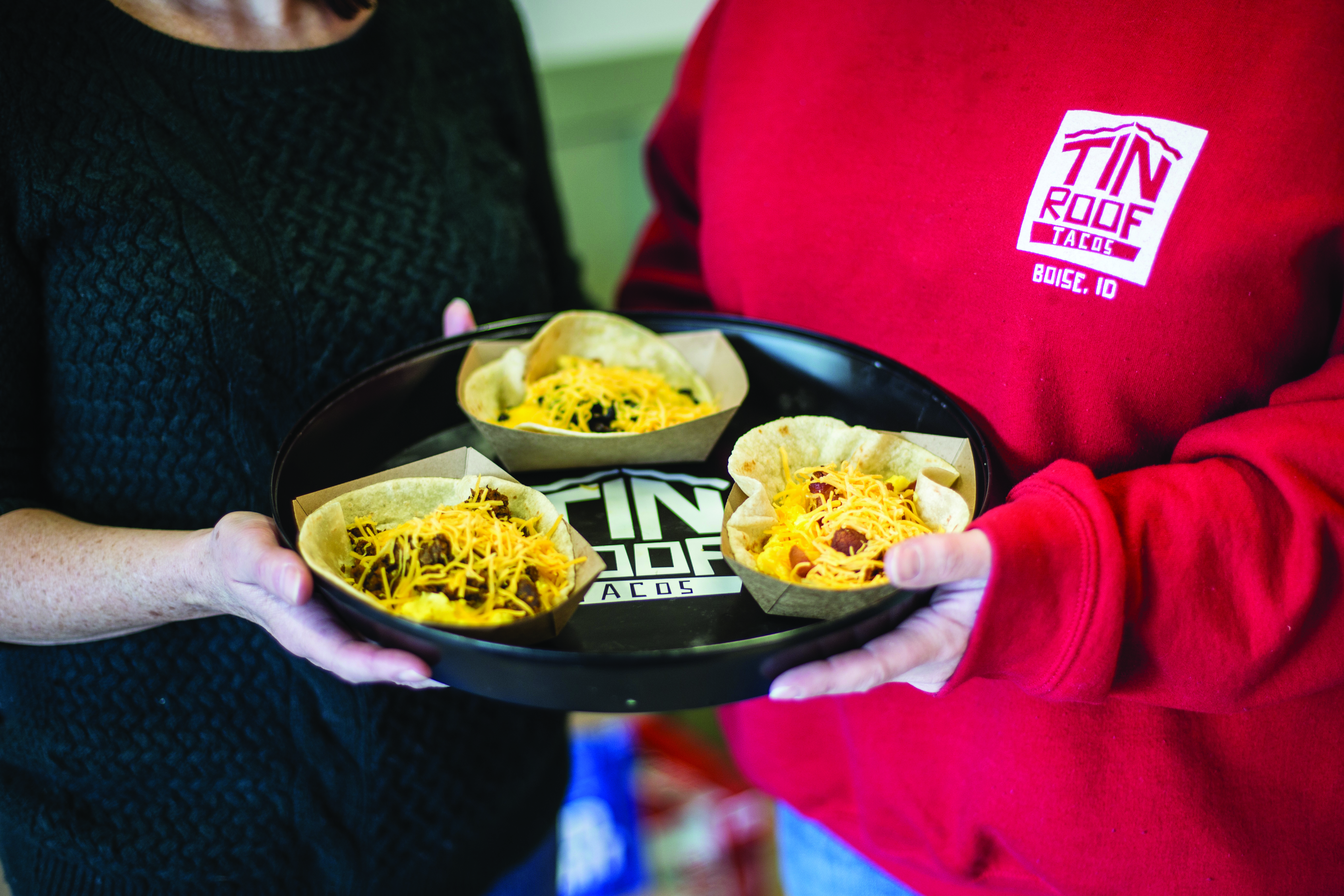 It wasn’t like business suddenly took off at Tin Roof Tacos the moment the adjacent Broadway Avenue bridge across the Boise River reopened last September after an eight-month expansion project. Susan Loyd and Sandy Broun, sisters and former corporate employees, saw a good flow of customers almost immediately after opening the restaurant in late January 2016 at 115 S. Broadway.

The menu and atmosphere, and location in a recently renovated plaza on the downtown Boise side of the bridge, helped generate business immediately. And since the bridge was closed when the restaurant opened, “we had nothing to look back on,” Loyd said. “We’ve just had steady growth since we opened.”

Broun said bridge closure may have even benefited Tin Roof Tacos early on.

“We think it kept people this direction (north) because they couldn’t go south on Broadway for other lunch options,” she said.

Revenue tracked at or above projections throughout the period of the bridge closure, and remains stronger than anticipated, Loyd and Broun said. The neighborhood welcomed Tin Roof Tacos, which drew repeat business from many of the first customers. By the time September rolled around, more customers found the restaurant as the school year started and as the bridge’s completion opened access from the south along Broadway to Interstate 84.

Tin Roof Tacos owners said they got valuable help right away with people involved in financing, permitting and move-in. When the roughly 2,000-square-foot restaurant opened, cooks and other staff got off to a good start, setting the stage for solid results with breakfast, lunch, and dinner trade as well as group business. The restaurant is open daily from 6:30 p.m. to 9 p.m., and until 10 p.m. during Daylight Savings Time.

“Our customers ask us daily to open another location near where they live,” Broun said. That could happen later this year, though a site is yet to be determined, she said.

“We will just keep enjoying what we are doing,” Loyd said.

Originally from Dallas, Broun moved to Boise a few years ago with a large company, working in sales management. Loyd followed in the summer of 2015 after working for a hospital management company fulltime and a relative’s similar restaurant part-time. Loyd enjoyed working in the Texas eatery and considered replicating it on the Gulf Coast. Broun suggested she come to Boise, and the two launched Tin Roof Tacos because it looked promising and fun while offering more flexibility than corporate life. Loyd’s children were grown and her husband had died of cancer in 2009. Broun herself is a cancer survivor.

“I love it and I don’t want to leave,” Broun said. “This is a great location.”

“Our product is simple, fresh and will not go out of style,” Loyd said.

Tin Roof Tacos, which employs about 25, joined other new tenants in the Broadway 111 plaza, which Boise-based owner Hawkins Cos. renovated.

Treat yourself at the funky, fresh 31st Street Shops on State Street