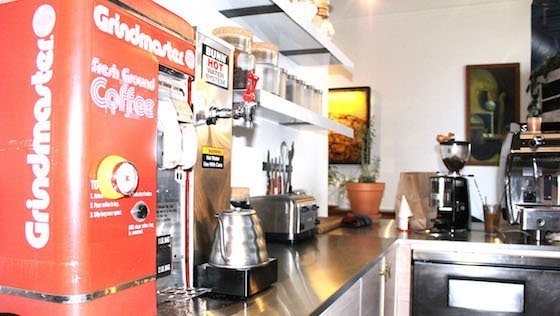 Westward Coffee is What Makes Boise A Special Place

Boise is the perfect-sized city, so it’s not surprising that people who have been playing goldilocks and moving around from state to state for years are ultimately settling down here. It’s not too small of a town—the kind with limited choices and suffocating politics—and it’s not too big of a town— with anonymity ruling the streets and subways that smell like pee. Yes that’s right folks—Boise is Just Right. And while it is growing, no doubt due in part to a revitalized downtown, idyllic landscapes, easy going atmosphere, and, let’s face it, such. good. beer.—it’s really the new and returning residents that are bringing a renewed vigor to the Treasure Valley.

While there might still be a lot of fist shaking towards California license plates and what seems like new neighbors everyday, Boise has kept its good natured, small town vibe. Just take it from lifetime resident Blane Russell of Tracy Russell & Rossi Marketing and Boise-born, recently returned Nicole Powell—co- owner along with her mother—of the newly opened Westward Coffee & Supply located on Main Street in Boise’s downtown. The two had the type of experience that’s strangely common in the willfully serendipitous Boise—the kind that’s hard to find in bigger, more jaded metropolises.

Powell wanted to bring a smaller specialty coffee atmosphere to Boise—one that focused on modern roasting and coffee that’s good just as it is. Westward carved a niche inside the TigerProp space on Main Street and has been growing in popularity since

day one. However the new proprietors were desperate for some help sorting fact from fiction in the marketing world and were completely lost when it came to SEO, PPC, and other savvy marketing strategies. One google search later, Nicole was stumbling into Russell’s office for some much needed advice. Russell, along with partners Mike Tracy and Chris Rossi, are experts at helping people go from lost to found on the internet and amping up inbound marketing results for clients. Nicole’s marketing budget was in the slim to none range, but rather than turn her away, Russell did the polite thing—as most Idahoans will—and made conversation. During the course of this conversation the two, incredibly, worked out a barter—Tracy, Russell & Rossi would help Westward out for a trade in content writing (Powell’s ongoing freelance gig). Seriously, when was the last time you heard of someone bartering?

This is one of the things that makes Boise so special—the fact that someone can have zero traditional resources (like money) and still strike a deal. It’s testament to the fantastically wonderful attitude of business owners and residents in Boise. So even as Boise gets bigger and more diverse, the important thing is to keep that magical vibe alive.

Treat yourself at the funky, fresh 31st Street Shops on State Street

The Fantastic World of Jerusha Lauren