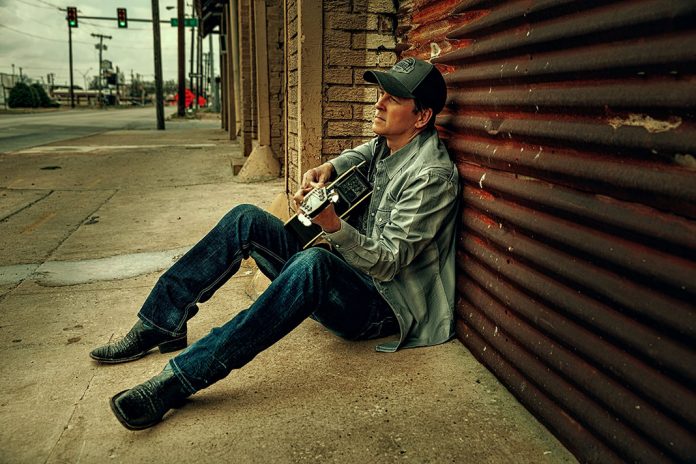 Country Music Artist Rejoins Garth Brooks Band
Photos by Justina England
By Barb Law Shelley
Born and raised in Boise, Justina Malecki, now Justina England, led cheers on The Blue as a Borah High School cheerleader. In July, her country entertainer husband, Ty England, will have his first experience on the blue turf. An original Garth Brooks band member, Ty has rejoined the band for the 2019 Garth Brooks Stadium Tour and will play two shows at Albertsons Stadium.
Brooks is known for his high-energy, country sound with rock and roll elements, so the stadium crowd will be explosive.
“As excited as fans are to see our show, they aren’t as excited as I am,” Ty said. “We have genuine adoration and gratitude for what we get to do. We are like kids out there. Being back in the band with Garth is a dream come true, like re-living the best of childhood.”
Garth and Ty met when they were teenage students at Oklahoma State University. After a fateful introduction, they gathered for their first meeting and picking session in Garth’s dorm room. It was there that they crafted their first recording together, and forged a lifelong friendship.
“Garth is gifted. I knew it from the first day we met,” says Ty. During their time together as roommates, they made a pact that whoever made it big first, would bring the other along. Good to his word, Garth called Ty the day he signed with Capitol Records. Though hesitant at first, Ty quickly packed his belongings and rejoined Garth in Nashville and those dreams began to become their reality.
“I adored my grandfather, Ed Lester, so I was drawn to the music that he loved like Hank Williams Sr. and Lefty Frizzell,” Ty said. As a kid, Ty said he felt a little like the odd man out growing up. All of his friends were listening to the rock legends of the day, while he was spending his weekends singing “Your Cheating Heart” and “Long Black Veil.” But it was that training-ground that helped Ty develop his traditional country sound.

Ty plays rhythm guitar and sings background vocals with Garth Brooks, and takes pride in referring to himself as the sidekick. In addition to backing Brooks, he also has a solo career that is four albums strong. Although he’s best known for his toe tappers like “Should’ve Asked Her Faster,” he is a balladeer at heart. His notable album, “Highways & Dance Halls” was an opportunity to team up with his buddy who produced the album. “Sometimes I think that Garth knows me better than I know myself. With his help and guidance, we crafted some of the best music I’ve ever made including my mom’s favorite, “I Knew I Loved You.”
Justina England, too, is a go-getter. After being a successful model who worked internationally, she returned to Boise and became a top-selling realtor and home builder. Due to her love for her late father, Bob Malecki, Justina had an affinity for traditional country sounds. She says that it was a fateful night when she met Ty for the first time.
“We had much in common from the start. I love Ty. He is an old-fashioned guy with respectful manners and has such a unique sense of humor — sometimes I wonder how he comes up with it all,” Justina says. “He is a caring, nurturing person who wants everyone he loves to be happy.”
While she cherishes her new life and seven-year marriage, there will always be things that she misses about Boise. She misses the friendly people, friends and family and running foothills trails. “Boiseans should be proud to live in Boise close to recreation.” Eventually they plan to make Boise their second home. Ty shares the love of the outdoors and says that the people here remind him of his fellow Okies because they are genuine, friendly, and kind.
“We’ve always loved playing Boise,” Ty said. “The audience there is amazing. It must just be their nature to give back everything we try to dish out. Rejoining the Garth band, marrying Justina — with patience and time, you really can make your dreams come true.”
For more information on Ty England, visit www.tyengland.com.