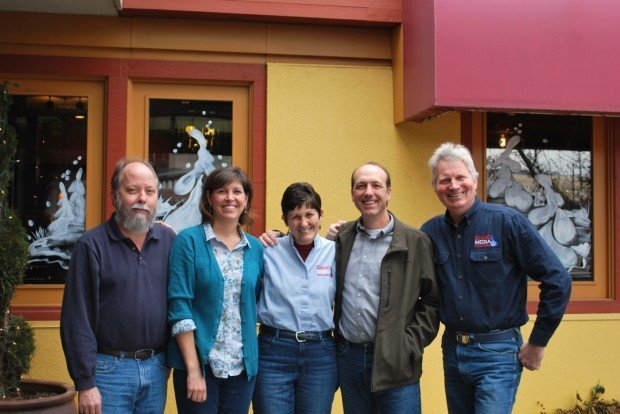 Believe it or not the Treasure Valley is home to a significant and growing creative media industry. Central to that industry is Idaho Media Professionals. Started in 2007 with seed money from the Idaho Film Office, the organization has flourished.

Members of Idaho Media Professionals include past president Jennifer Isenhart, owner of Wide Eye Productions, producer of Idaho the Movie, which won a regional Emmy for best documentary; Ben Shedd, who won an Oscar for his documentary The Flight of the Gossamer Condor, who recently moved to Singapore to teach film; Robbie Robinson, who was awarded first place award “Commercial Photographer” for 2014 by the Professional Photographers of Idaho; David Thompson, who is one of the three finalists in National Geographic’s Wild to Inspire Film Competition; and Jane Merrow, a Golden Globe nominated actress who starred opposite Katherine Hepburn in The Lion in Winter.

You don’t have be an award winner to be a member of Idaho Media Professionals. Anyone can join and benefit from the networking, workshops and lunch presentations. IMP is an active group with a monthly mixer at the Bardenay in Eagle and a monthly lunch at Smoky Mountain Pizza on Parkcenter. Check their website and facebook page for updates on their presenters and workshops. Members include photographers, actors, writers, web developers, broadcasters, filmmakers, musicians and directors. If you have an interest in media of any kind and live in Idaho, you’ll want to check out the group.

Lance Thompson, screenwriter, script doctor and founding president of Idaho Media Professionals notes how the organization has evolved. “When IMP started in 2007 the goal was to demonstrate to the legislature the breadth of the creative media industry in Idaho and to encourage the passage of a film production incentive bill. Since then, IMP’s goals have evolved to encourage cooperation between people in creative media, to provide educational opportunities in various aspects of our industry, and to maintain high standards in our business.”

Susan Koether, current president of Idaho Media Professionals, worked as a post production supervisor at National Geographic Television in Washington D.C., before moving to Boise. “We hope this year can be a year of growth for the IMP in many ways. Not only by bringing in new members, but by building more bridges in the film/video community, finding new ways to inspire the local workforce, and to create more awareness of the quality of the work done here in Idaho,” shared Koether.

Member Jason Jacopian, video production manager at Micron, likes “the variety of professions, skills and backgrounds in IMP. Video production requires different skills and knowledge; having a pool of experts to assist in any particular discipline can make everyone’s job a lot easier. Having the right contacts in the business can make my job of managing video production at Micron a lot easier. Whether we are looking for a make-up artist, an actor, a free lance photographer or just some input on a problem we are trying to solve, having the right network of people can really help.”

Idaho Media Professionals (IMP) produces a variety of events annually to foster a networked community of professionals involved in the film, television and interactive industries in Idaho. Designed to be fun yet dynamic, the screenings, mixers and other events generate serious discussions on issues of interest and value to industry professionals.

One member, Jake Fullilove, CEO of Imperium Cinema, is featured in Eagle Magazine.

Cheers to Beers and the People That Craft Them