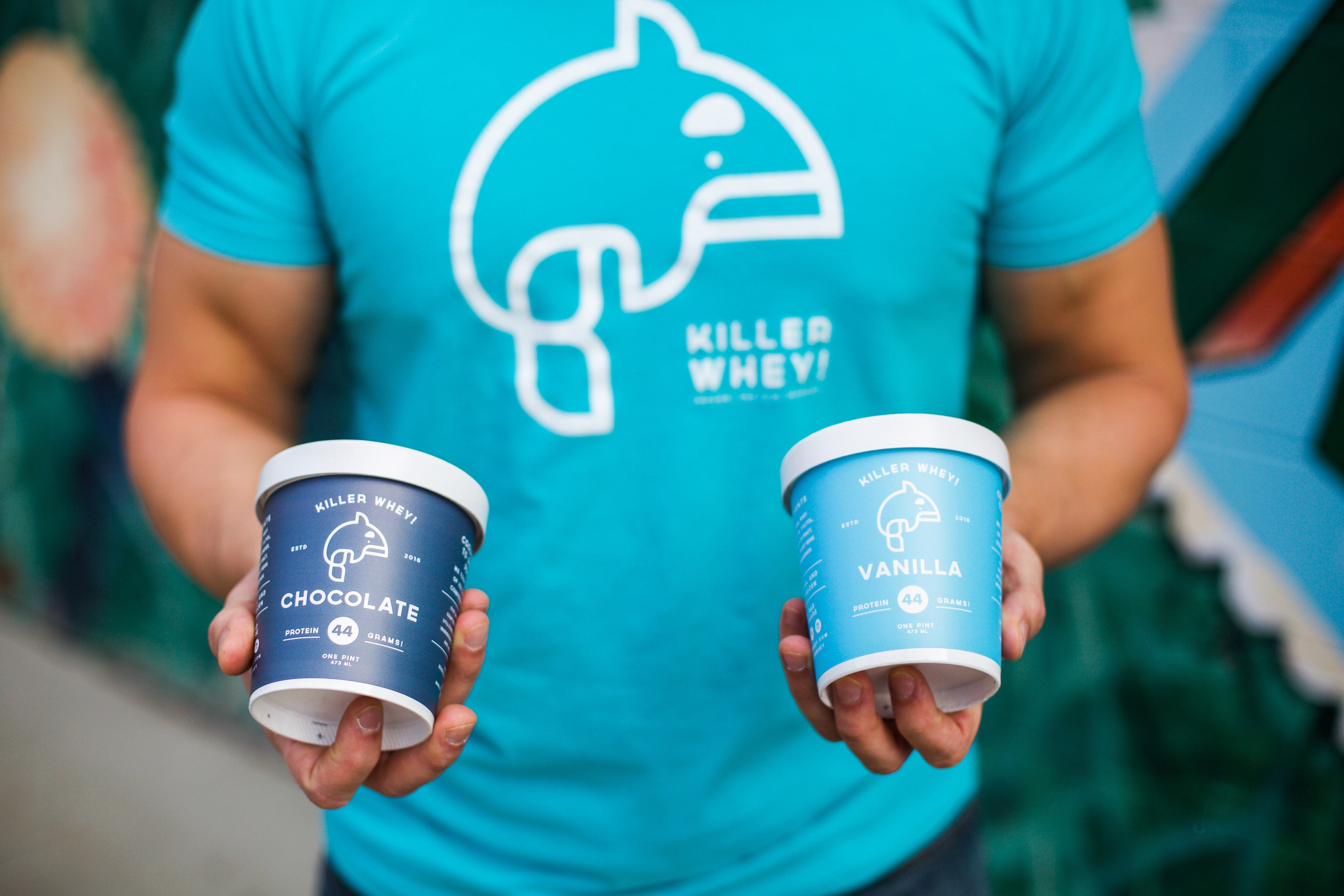 You probably know that protein is a necessary nutrient your body needs every day to help build, repair, recover, and maintain muscle mass, but did you know that protein can come in the form of heavenly ice cream?

Hanging out with a friend after a gym workout, Louis Armstrong munched on an ice cream sandwich and mused, “Wouldn’t it be cool to have an ice cream with 20 grams of protein in it?”  And so the idea for Killer Whey was born.  This was in 2011.  It would be 5 years before Armstrong’s brainchild would come to fruition.

Born in New York but raised in Kamiah, Idaho, Armstrong’s spirit of entrepreneurship was nurtured from an early age as he grew up around entrepreneurs that included his stepfather who had a few businesses of his own.  He also helped with commercial fishing and farm duties.  These formed the foundation of his ethics for hard work.

While pursuing a degree in Food Science, a collaboration program between the University of Idaho and Washington State, Armstrong was introduced to his first taste of dairy production at an on-site creamery at Washington State.  This experience paved Armstrong’s path to an internship at a creamery in Eagle, now home to the production of Killer Whey.  The internship gave him a peek into the world of dairy product operations and development.

However, life had different plans for Armstrong.  He moved to Sandpoint and worked for Litehouse Foods for 6 years.  With a wealth of corporate experience under his belt, the dream to start his own business resurfaced, stronger than ever.  Moving to Boise, he reconnected with the owners of the creamery with whom he had interned with.  March of 2016 saw Armstrong beginning the process of creating test batches for Killer Whey.  What was born from this process was a gluten-free and all natural goodness in the guise of irresistible vanilla and chocolate ice cream.  Killer Whey now comes in both single and pint-sized servings, with mint chip now being available as a new flavor.  Armstrong confessed that his favorite would be a toss-up between the chocolate and mint chip.

Armstrong shared that Killer Whey’s mission is to “provide people with nutritious and delicious products that are made with simple and natural ingredients that consumers can understand.”  He said that while he could have gone with the ‘health product’ approach, his choice was for his products to be a representation of the “funny and punny” person that he is.

Within a short period of 6 months, Killer Whey has made its appearance at local gyms and on the shelves of Hyde Perk Coffee, Ranch Market, WinCo, Boise Co-op, and Rosauers.  Armstrong sees a future of Killer Whey expanding into grocery chain stores within and beyond the Northwest.

While I believe that any season is ice cream season, in reality, summer is probably the ideal time to enjoy the frosty treat.  Armstrong looks forward to a summer of catering for events, samplings at stores and gyms, and Saturdays at the Farmers’

Market.  You may also spot him on his ice cream bike downtown with a small freezer stock full of ice cream!

Armstrong is the epitome of what it means to live your dream.  He shared his philosophy, “Take the risk and dive in.  If you have an opportunity or an idea, you should put effort into it as quickly as possible so you have no regrets.  Just get out there.” When asked what he wants consumers to know, he said, “People are skeptical, but you have to try it.  You’ll be surprised to find out that it tastes just like normal, delicious ice cream.”

A Stroll, a Sleigh, and a Trebuchet