The future of learning has a name, and it’s Librarium VR

Twenty or thirty years ago, virtual reality was a very niche space that many knew about, but very few actually got to experience. Some of us remember the VR booths in shopping malls in the 1990s and early 2000s, which blew us away with unimaginable worlds and adventures. It seemed then that this was truly the future of not only video games but countless other applications. For a while thereafter, virtual reality was hardly spoken about. Fast forward a few years, and VR is firmly gaining strength in popularity day by day.

The team at Librarium Incorporated, a Boise-based company, is using VR in a way not many could have anticipated. By using virtual reality to take immersion to a level other mediums simply could not, they have developed a platform for learning that uses scientifically proven techniques to best digest new material. It makes learning fun, engaging, and interactive. Test-prep for the SAT, the LSAT or the MCAT using boring, old, terse, ten-pound books would become a thing of the past. Imagine needing to study for a big test or wanting to learn a language, and the only tools you have are books, videos or online quizzes. While those have their place in the learning paradigm, if you have a VR headset you can hop on Librarium VR, select a subject, and off you go into a digital world where you learn as you’re having fun, picking up new concepts in an innovative way. The default theme in Librarium is a huge library you walk around in, quite literally picking up concepts as you progress. There are multiple-choice quizzes that test your understanding, among many other features.

Duane Mathes, the CEO and founder of Librarium, shares how the idea for Librarium VR came about: “I spent ten years in Asia learning Mandarin, and there was heavy memorization required so I got really in-depth with memory palace techniques in order to become fluent,” he says. Sometime later when studying for his business degree, Mathes managed to test out all his classes by using these memorization methods. It was then that he had the idea to combine learning with VR. Speaking with Mathes, along with Annie Morley, the CSO, and Jim Bradbury, the COO, it’s apparent that Librarium is a project and platform they are truly passionate about.

Morley believes that gamifying learning is a very important move forward for technology. “Anything we do nowadays, we’re doing things that are gamified…it’s important to leverage technology in a way that people enjoy and keep coming back…it can help reinforce good habits, and that is really what we’re looking to do.” She’s certainly right about the importance of the gamifying aspect. Several industries use VR technology and games as learning methods.

When asked if Librarium VR, along with all the self-learning tools available to virtually everyone would render formal education obsolete to a certain extent, Bradbury believes that there are certain technologies that inevitably meet their demise, as is natural in the tech space but adds, “I think there’s an evolution…from our perspective, we want to leverage spatial technologies for experiential learning…we have a pretty open future ahead of us in terms of adoption of technologies and proliferation of the technologies that we use but we do sincerely believe that it’s the future.”

Librarium VR releases on August 18th, available on the Oculus Quest Store. Shortly thereafter Librarium will release on other virtual reality platforms: Steam, HTC Vive, and PSVR with a possible future expansion to mobile and other gaming platforms. 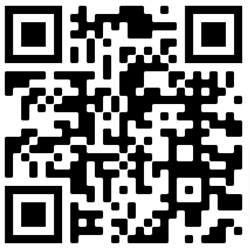 The Five Steps to Editing and Revising that Every Writer Needs By Liza Long Photography by RaseLittlefield As long as writing has existed, there have been writing...

Operatini at The Riverside Hotel

Someone Loves You, by Fawn & Foal

Thinking Inside the Box