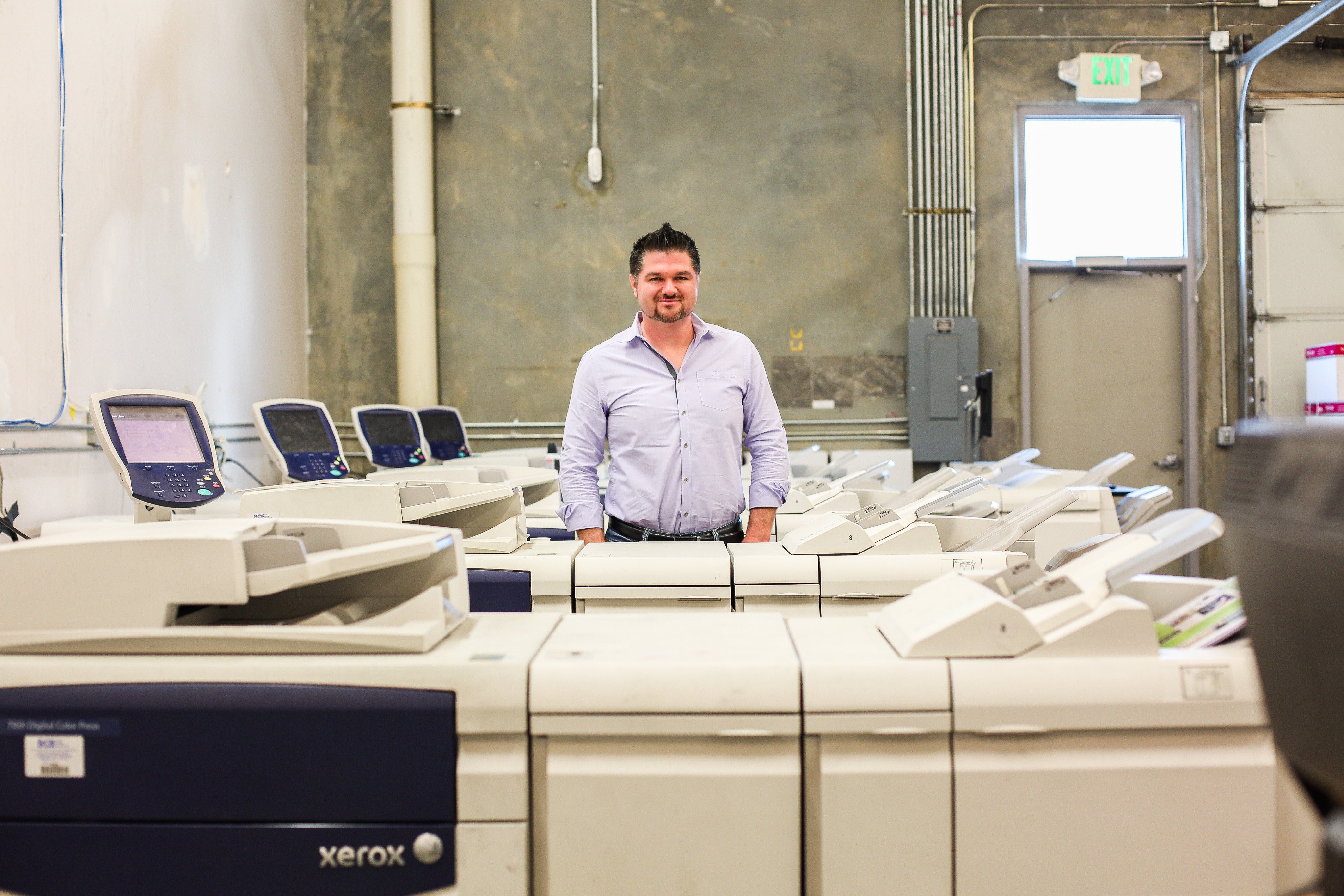 Shaun Buck is a serial entrepreneur who started creating businesses in high school. He now operates one of the largest newsletter printing companies in the world — The Newsletter Pro, based in Boise. The business has seen explosive growth, appearing on the Inc. 500 Fastest-Growing Companies list for the past two years. Buck was named 2014 Marketer of the Year by GKIC. He is also the coauthor of No B.S. Guide to Maximum Referrals and Customer Retention.

Ten years ago, Buck and his wife lived in California but were looking for a better quality of life. They found Idaho on numerous lists of best places to live, and even though his wife was reluctant, they decided to visit. “We fell in love with it,” Buck says. “The place was amazing, the people were great. We love the outdoors and it had great recreation.” They sold their businesses in California and moved to the Boise area in 2007.

Years before Buck started his thriving newsletter business, he had already decided he wanted to be his own boss. His resolve was strengthened by a relative who treated Buck and his siblings cruelly. “I never wanted to be under someone’s thumb like that again,” Buck says. “I never wanted someone to have that power or control over me like she did. That was the first time I remember thinking that if I had my own business and made money, I could just leave.”

As a teenaged entrepreneur, Buck moved past the typical lawn mowing service and sold pagers to his high school friends. He operated a traffic school that offered court-mandated classes to traffic offenders. Later, he bought into an alcohol inventory auditing franchise for bars and restaurants, a decision he quickly regretted.

“I’ve never been into the bar scene, but I thought I could make a lot of money,” Buck says. “On day one of training, I knew I had made a huge mistake. It wasn’t the right business for me — I wasn’t getting it, and I didn’t enjoy doing it.” He stuck with the business for 10 months and sold it at a loss. “I learned a great lesson,” he says. “I don’t do anything for just the money anymore. I’ve got to desire it and want it.”

The Newsletter Pro has roots in a side business of Buck’s that offered three products: newsletters, new mover marketing letters, and birthday mailers for restaurants. Buck devoted himself full-time to the business in 2012, but sales were struggling. The problem turned out to be the three-product focus. Buck was stretching himself thin working to retain customers for all three products — but when he analyzed sales, he realized the newsletter product had never lost a customer.

“It was the least profitable, but it never had a cancellation,” Buck says. “I decided that was the product I would put all my efforts behind. On September 1, 2012 I made the decision to focus on newsletters exclusively, and by the end of the year our business doubled.”

As the company has experienced rapid growth, Buck has been mindful not to be snared by “no one can lead as well as I can” thinking. Instead, he’s collaborated with team members to create systems and processes, and then empowered his employees to evolve them as needed.

“Two of our core values are ‘collaborate to innovate’ and ‘multiply native genius.’ We’re all going to put our heads together and come up with the right idea,” Buck says. “I don’t care whether it’s my idea, I just want it to be the best idea. I have team members who are wicked smart about certain things, so I rely on their native genius.”

Coached to the Next Level of Success

Buck has enlisted the help of a business coach to guide him through the next phase of growth. With experience managing a company with sales that surpass The Newsletter Pro’s, the coach is positioned to help Buck see obstacles and plan ahead to avoid them.

Early on, the coach looked at Buck’s management structure and recommended immediately training two new managers to cover expected growth. “He said, ‘Trust me — if you don’t train two new managers, very shortly you’re going to be so overloaded that your world is going to be hell,’” Buck says. As business increased and Buck raced to complete his new managers’ training, he realized hesitating would have been a disaster, and that his coach’s advice had been spot-on.

“People don’t understand how expensive it is to constantly bring in new customers,” Buck says. “So we’re all about retention. One of the reasons businesses struggle with growth is because so many customers are going out the back door.” Buck recommends companies take a sober look at their retention numbers and work to encourage repeat business.

He also recommends that companies pay attention to their long-term follow-up. He notes that 36 percent of The Newsletter Pro’s sales are established within 30 days of initial customer contact — and that’s the point after which many businesses will stop following up with potential clients. An additional 27 percent of his business is established between 31 and 90 days after contact.

“We don’t give up on potential customers,” Buck says. “They’re getting emails and direct mail as well as newsletters. An additional 29 percent of our sales this year came from 366 days or more after contact — it took 12 months for them to make a buying decision. Those customers represent more than $1 million in new revenue. All because we didn’t give up on following up with them.”

To learn more about Shaun and his company go to: TheNewsletterPro.com

Check out our Eagle, Idaho publication!

Fins of a Different Feather