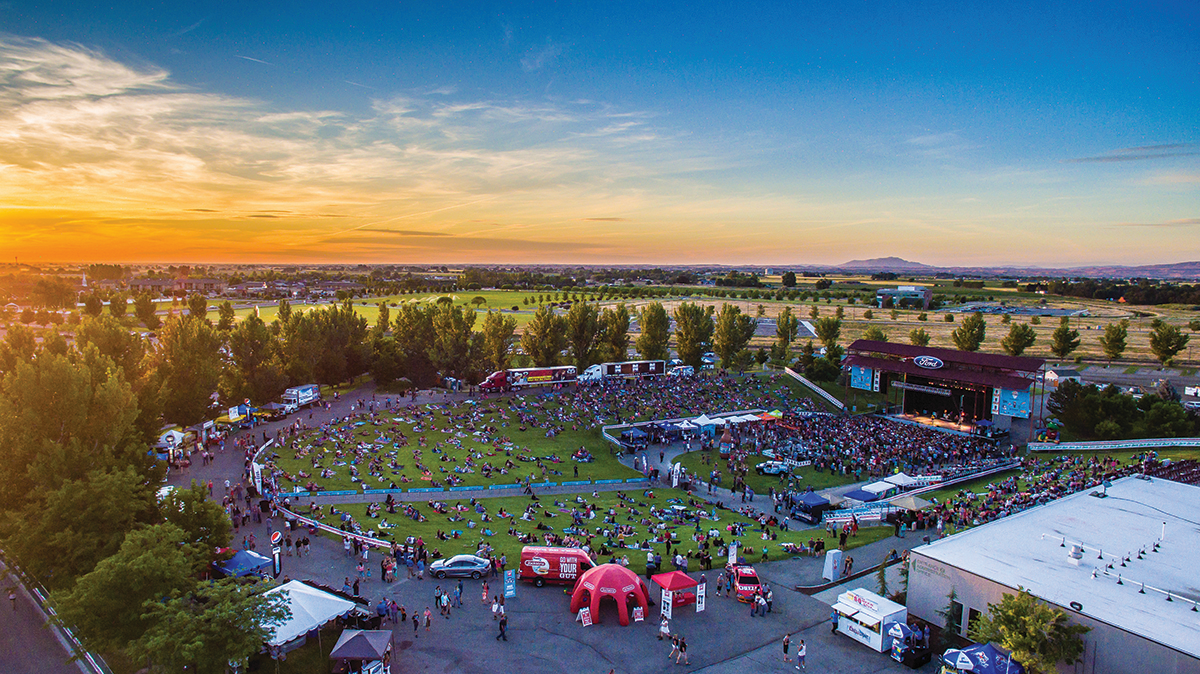 Idaho is filled with little hidden gems–lakes, hot springs and tasty restaurants. Idaho also has a big gem tucked into the Nampa community. The Ford Idaho Center is one of the most versatile entertainment centers you could ask for, just a 20-minute drive, 15 miles west of downtown Boise.

Owned by the city of Nampa, the Ford Idaho Center has been open for music, sports and horse lovers for more than 20 years. In 2014 the venue was still called the Idaho Center. They announced a new title sponsor, Ford, who agreed to give $1 million dollars to the city of Nampa over the next five years.

Few cities the size of Nampa, or even Boise, have venues like the Ford Idaho Center. The venue includes an amphitheater that holds 10,500 people, an arena that holds 12,279 people, the Ford Theater with a capacity for 2,500 people, a sports complex and a horse park.

This four-in-one complex brings great flexibility to the area, allowing for multiple events to happen at one given time. For example, this summer the two largest events, the Lady Antebellum concert and the Idaho Cutting Horse Association Show, will be held simultaneously.

The venue was originally built for The Snake River Stampede. It was bought by the city and has been growing ever since, eventually overtaking the Nampa Civic Center. The sports complex is the home of the Boise State University indoor track and field team, with the capacity to host events like the Monster Truck Jam. The venue is also hosts popular outdoor concerts during the warm weather months. Recent concerts have included Chance the Rapper, Tool and many others. Upcoming shows will include Train, The Head and The Heart, The Piano Guys and Lady Antebellum.

In addition to the sporting events and concerts, this venue generates thousands of dollars from the horse shows throughout the season of March to October. The horse park is the number one tourism generator in all of Idaho. They’ve started building more hotels in Nampa to accommodate the large number of people flocking to the Ford Idaho Center for these horse shows.

Dressage, Cutting, Painted Horse and many others. The FIC does not discriminate; they have 596 stalls and space to rent additional space as needed. Ember Gutierrez, head of marketing for the FIC explained, “The number of horse stalls that we have available for events is unique to us.”